In an unexpected and unheralded move today, Raspberry Pi has announced the launch of the fourth edition of their popular single board computer. Assembled Pi people, I present to you the Raspberry Pi 4 (model B). I’ve broken down all the changes and improvements below. If you prefer to digest things in video form, take a look at Alex Eames’ RasPi.TV video here. 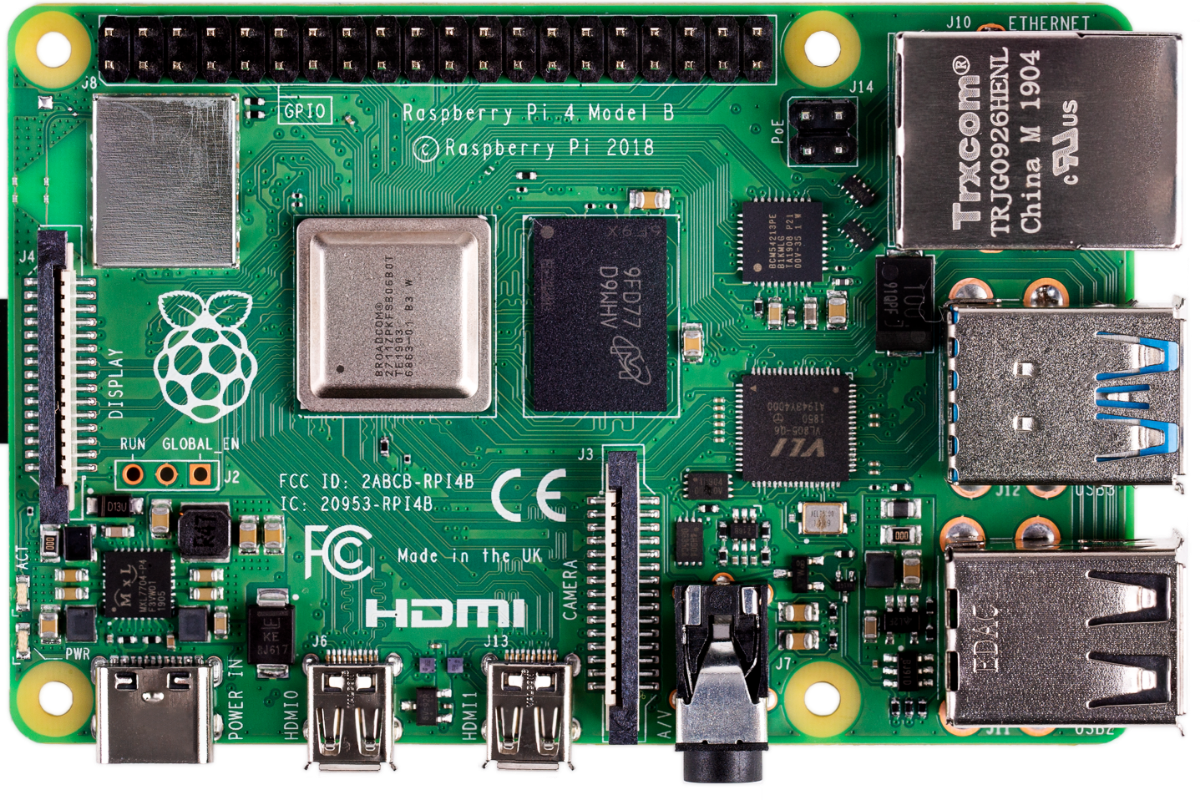 The newest single board computer from Raspberry Pi

The Pi 4 has the following features:

More technical information can be found in the official Raspberry Pi preliminary datasheet.

As always, Raspberry Pi has delivered on their pricing target. The base unit (with 1GB of memory) comes in at $35. The 2GB option costs $45 and the 4GB board costs $55. This translates, for UK customers, to around £33, £43 and £53. Resellers have been given some leeway to set their own pricing, so you may find a certain variation across outlets. The stated prices will be kept in the physical shop in Cambridge and Pi 4 will be available there from day one.

Where can I get one?

Naturally, only official re-sellers will have the Raspberry Pi 4 for launch. Here’s a list of places to fill your boots:

There will also be a set of new PiBows available as well as low-profile heatsinks, a Picade HAT USB-C edition and universal power supplies. There’s also the new, previously-announced Fan Shim board that slips over the GPIO pins to provide additional cooling.

And if you want to see the full range all-at-once, visit this page. They’ve done a nice Pi 4 guide introducing the Fan Shim and their Coupe cases here.

The full range is, of course, available via their search.

The awesome Claire Pollard has written a great tutorial on using two monitors with the Pi 4 here.

You can find the Pi 4 and accessories on the CPC site by using their search.

The new name for RS (at least in as far as single board computers are concerned) is stocking them here.

The store is in the Grand Arcade in Cambridge – maps and directions are here. Open until 8pm on launch day!

You can get the whole range of Pi 4s here.

What the improvements mean 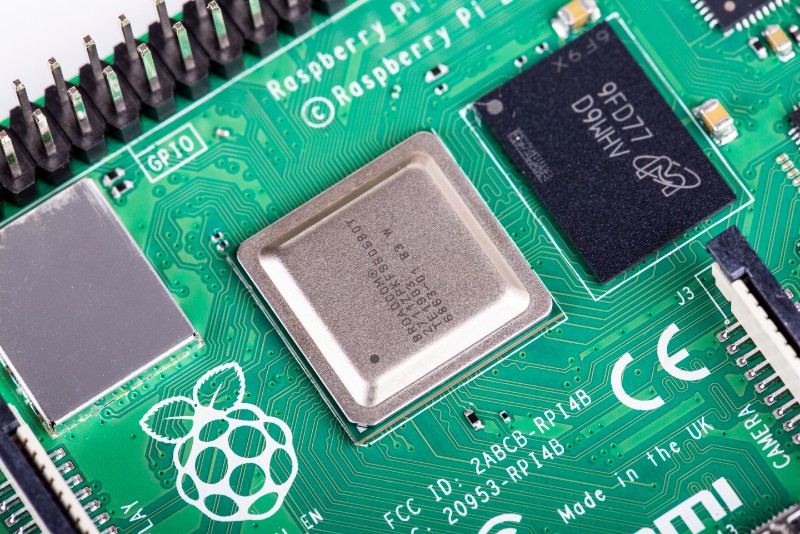 From my testing (rather than benchmarking), I noticed that the new processor lends a significant performance increase. Together with the different memory bundles, you are likely to notice a speed and performance benefit immediately, particularly using the Pi as a desktop.

The range of memory options is lovely – different people require different capabilities for their usage. You will likely find that basic physical computing (including basic robotics) only needs the 1GB version, whereas if you’re using it as a desktop platform, browsing and office applications eat up memory, so you might be best advised to go with the more expensive 4GB version. Likewise, if you’re doing robotics with vision (such as OpenCV), the 2GB or 4GB versions might be better suited. 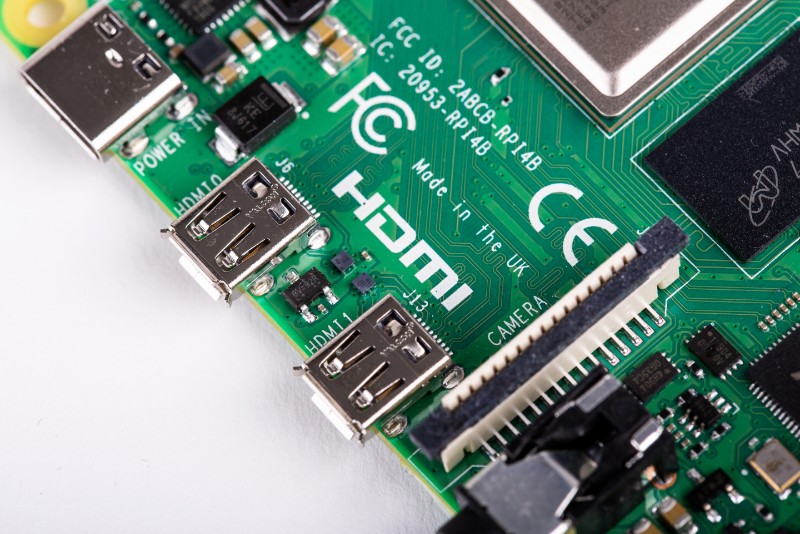 Dual video output is one of the “big things” for this release. Whether you end up using the dual functionality depends on your use case. I can imagine that industry, in particular, will sit up and take notice of this – many Pis are used for digital signage, so the dual outputs will let companies run two screens from one Pi. Using the dual outputs as some sort of “extended desktop” is something I haven’t tried yet (although Tim has, to great success), but that’s the use case for office and development users. One thing that is a shame is that the ports aren’t full-sized HDMI. This means that you’ll need adaptors or all-new cables. This was simply because they weren’t able to fit the full-sized sockets on the Pi and still keep the form-factor. One thing to note: the “dual outputs at 4Kp60” is “in theory” at this point. There were issues amongst the testers getting the Pi to run fast enough to be able to cope with this kind of high-end use, but I’m hopeful they’ll fix that “in software” fairly soon.

Networking improvements, giving us Gigabit Ethernet, are sure to make those wishing to run Pis as servers extremely happy. It has been a long time coming, and getting the Ethernet away from the USB chip is a massive improvement – no more restrictions on speed and throughput.

Also of note to server users is the inclusion of 2 USB3 ports. This means that you can, for example, now use SSDs at 200MByte/s without breaking a sweat. Media Centre users are likely to be happy for the same reason – Gigabit Ethernet and USB3 are a sweet combination.

The Ethernet and USB ports have swapped sides!

One very important thing to note: the USB ports and Ethernet port have “swapped sides”, making the Pi 4 incompatible with every single Pi case there is out there. This is sure to ruffle a few feathers. 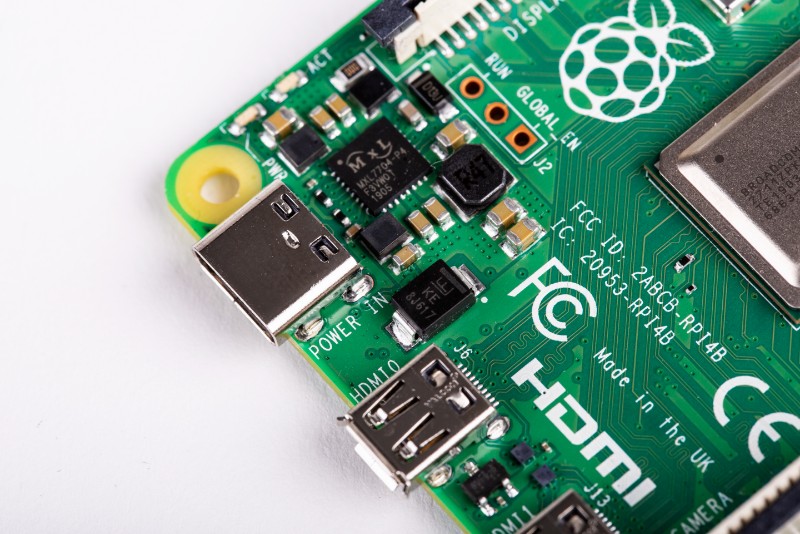 The use of USB-C for power is sure to be controversial – suddenly all those microUSB power supplies that you’ve got are likely to be redundant, at least in as far as using them with the Pi 4 is concerned. The power usage of the Pi 4 is higher than the Pi 3B+, hence the need for the change (as well as just keeping up with the times) so a straight adapter with a microUSB supply may not cut it if you’re using high-powered USB peripherals. The USB-C connector supports 5V at 3A, so the (generally) 2.5A microUSB supplies you get may result in the infamous power symbol appearing at times. The OTG connection is a nice touch – perhaps this could be used to make physical computing via a normal Windows/Mac over-the-cable possible?

Great to see them maintaining compatibility with GPIO peripherals with the 40-pin header. This, I’m sure, will prove a relief to companies such as Pimoroni and Pi Supply who develop their own add-on boards. It also makes good business sense for Raspberry Pi as it means their own SenseHAT and PoE HAT will be compatible out-of-the-box.

As always, Raspberry Pi has delivered significant improvements whilst maintaining their desired price point. As technology moves on, better components are available for the Pi, albeit slightly behind-the-times as was always the case. Nowadays, mobile phones have Octacore and sometimes Decacore processors – the Pi’s processor is modest in comparison, but because it’s been designed specifically for the Pi, it punches above its weight. The inclusion of different memory packages, depending on how much you’re willing to pay, is a great touch and should cut down on the moans from those people who use the Pi as a desktop replacement or development machine. I’m even tempted to try getting Sublime Text to work on the Pi so I can develop at work on it, but that’s another story!

Perhaps the most ground-breaking part of this upgrade is the combination of Gigabit Ethernet on it’s own (without tying it into the USB chip) with USB3 ports which is sure to get those wanting to run the Pi as a server running to their nearest outlet to get hold of one.

I think the most interesting thing on the Pi 4, though, is the dual video outputs, clearly designed for industry. It does make me wonder, though, whether this is what your typical home or school user really wants, and what was sacrificed to make it more appealing for industry. For a while now, Raspberry Pi Trading has clearly re-aligned themselves to develop products which will sell better in industry. This is hardly surprising – Eben Upton has been quoted as saying that over 50% of sales are into industry – but I keep wondering if the original mission of Raspberry Pi is being left behind in order to achieve more sales. I don’t know whether this is “a bad thing”, you understand. Every sale of the Pi means there’s more money to be ploughed back into the Educational mission of the Raspberry Pi Foundation. Is there a disconnect between the hardware and the mission? Does it matter? (Answers on a postcard, or just make a comment below).

In any case, the Pi 4 is sure to provide a much-needed boost to the “Raspberry Pi Economy”. There is still a groundswell of support, whether in industrial or hobbyist use, and the Pi 4 can only serve to satisfy the requirements and demands of those two, disparate markets.

Congratulations, as always, to the engineers at Raspberry Pi – you have once again knocked it “out of the park” – a strong product which maintains the price point suitable for a wide number of uses.

For an alternative view, take a look at Alex Eames’ video below and read his accompanying blog post:

If you want more info, you could do worse than read this excellent interview over on The IET website with Eben Upton.

If you’re after benchmarks, check out The MagPi’s results here or Roy Longbottom’s much-more-comprehensive set here.

If you’re after a beginner’s guide to Raspberry Pi, including the Pi 4, take a look at this physical guide from Raspberry Pi Press.

I’d love to hear what you think about the Pi 4 – please leave a comment!