The July 2013 issue of the much-improved Raspberry Pi magazine “The MagPi” is now out. 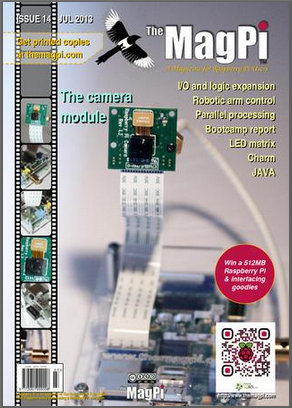 Star-of-the-show is the camera module which is treated to an article by Broadcom’s James Hughes who wrote the software that drives the camera. There are also articles on:

Read the issue by downloading the PDF or viewing it online