A group of researches at Northwestern University in Illinois, USA have used 100 Raspberry Pis on a small robot chassis to develop swarm behaviour. Without centralised control, these robots form shapes by communicating with each other. The robots don’t “care” which robot is in which position, but they all have the same goal so they can autonomously decide to swap positions or destinations depending on their relative positions and direction of travel. Due to the distributed nature of the movement algorithm, the researchers are confident that the robots will always end up defining the correct shape, without deadlocks. As far as they know, this algorithm is unique in its approach and the first to be able to do the task without getting in a pickle! 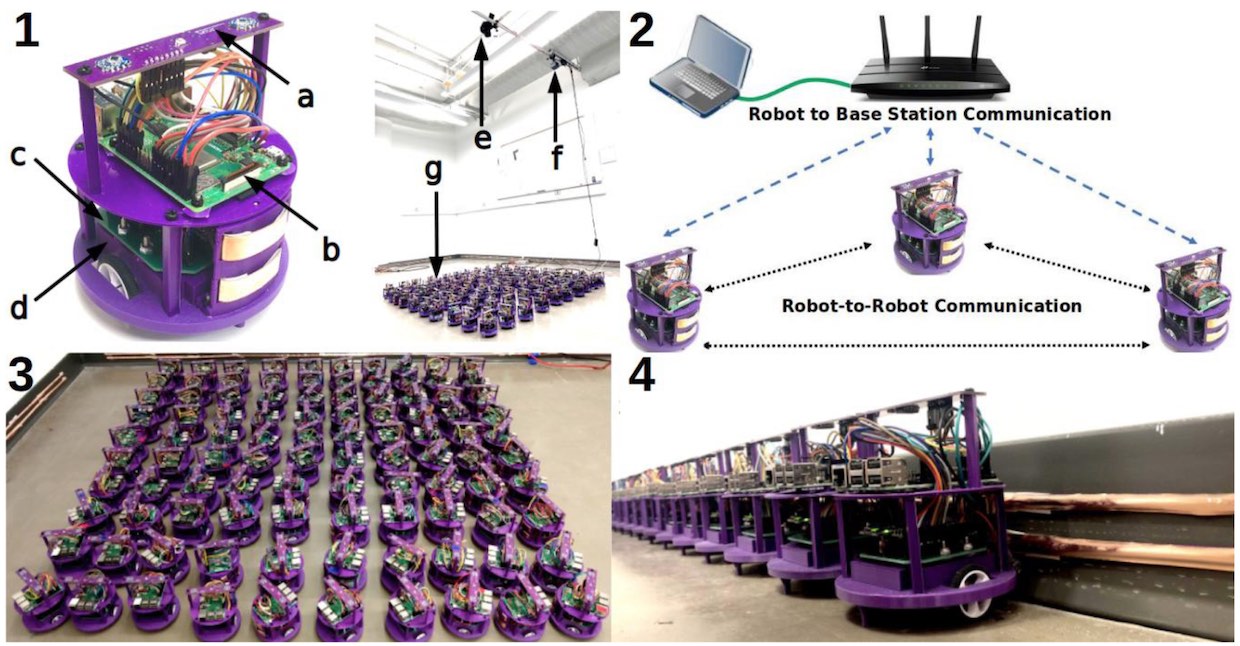 The robots (known as Coachbots) look like they use either 3B+ Raspberry Pis or version 4s, as they have the heat spreader covering over the CPU. Project lead Mike Rubenstein was interviewed by email by the IEEE for Spectrum and you can read more there.

You can see a video of the robots in action below. Thanks to Steampunk_prof for noticing this one and tweeting it.