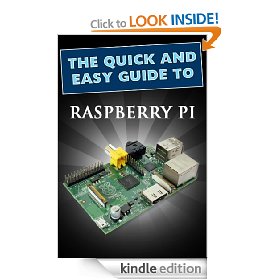 The Quick and Easy Guide to RaspberryPi

I previously featured this book when it was free over the course of one weekend. I’ve now read it. I’m sorry for anyone who has downloaded and spent time reading this poor excuse for a guide.

To buy (if you should be so inclined, but I don’t recommend it):

UK people click here to get it from the Kindle store on Amazon.co.uk. (£2.27 at last check)

International people click here to get it from the Kindle store on Amazon.com.

1 comment for “Book Review: Quick and Easy Guide to #RaspberryPi – Do Not Buy”