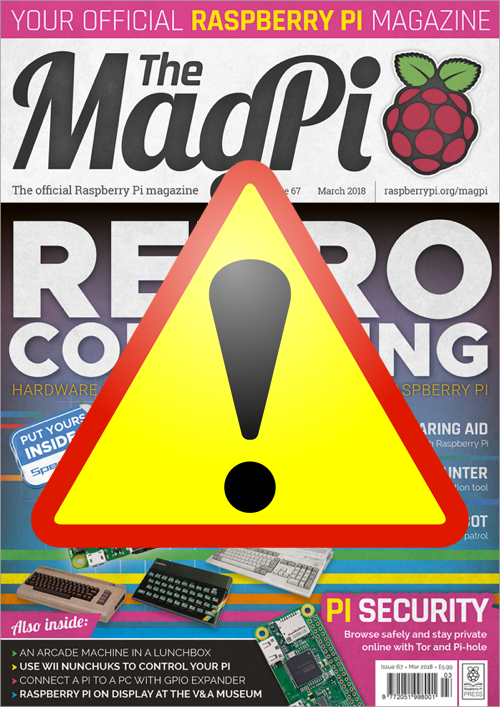 The MagPi have put out a safety alert following publication of an article called “Make a WiFi Desk Lamp” in the latest issue, number 67. The article featured the hook-up of a desk lamp to a relay but no protection was provided for the mains electricity supply in the shape of an enclosure. No warning was provided with the article and The MagPi were concerned that there would be potentially lethal accidents.

“The tutorial didn’t meet our editorial standards, and because of the nature of the guide we have decided to remove it from circulation.”

They thanked the members of the community who brought it to their attention.

The issue is now being re-printed for sale and new copies will be sent out to new subscribers, though not to existing subscribers (which is a bit odd, but never mind).

You can download the replacement issue here which has been edited to remove the article. The replacement article is about installing and using a web browser which reads content back to you if you’re visually impaired.

Good on them for admitting the mistake and taking swift action. Pardon for the huge warning symbol – just wanted to make sure it stood out against the previous mention of the issue!