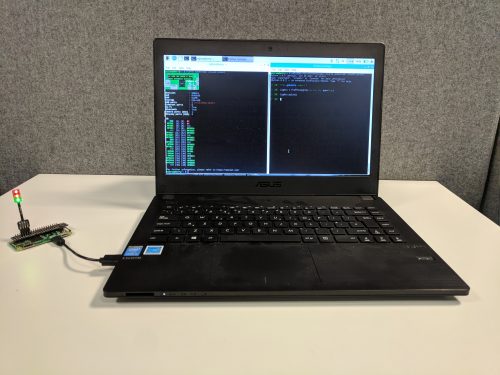 Gordon Hollingworth, over at Raspberry Pi, has just blogged an exciting new development that means you can now use a Raspberry Pi Zero’s GPIO pins from your PC or Mac. You’ll need to install Raspbian x86 Stretch on the non-Zero machine first. Now it looks like you don’t need an SD card in the Zero (which is cool), but the post on RPF doesn’t say that explicitly, but it does mention something about network boot, so try it without!

Then, plug in your Zero using a USB cable (into the Zero’s USB data port rather than the power port) and the new GUI should pop up to tell you you’ve done it. You can then communicate with that Pi Zero using Scratch 2 GPIO or Python.