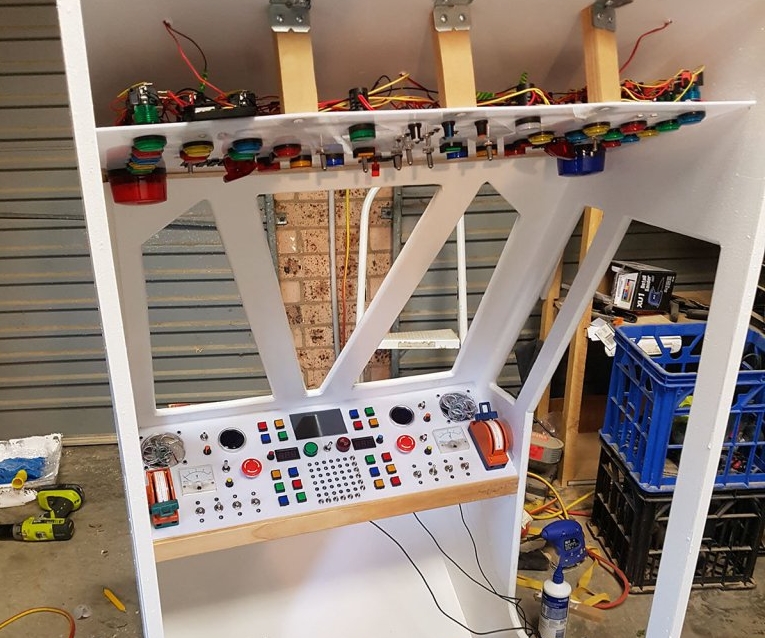 Pete Dearing wanted to do build something for his kids, and it had to have buttons. A lot of buttons! He purchased plans for a space-themed bunk bed and then proceeded to create a console with dozens of buttons, switches, toggles and other controls. The build, which took approximately 100 hours, mostly comprised sheets of MDF and runs on 12V power. The power is cut when the children are in bed, or when they aren’t actively playing, and most of the controls actually do something like controlling lights, sounds and meters. All the sound effects are controlled by a Raspberry Pi which is buried in the console. You can read more about the project, and see more photos of the build, over at Make.

This is in the best traditions of makers such as Jeff Highsmith and ‘Helicarrier’ Andy – take a look at their builds by clicking on their names.