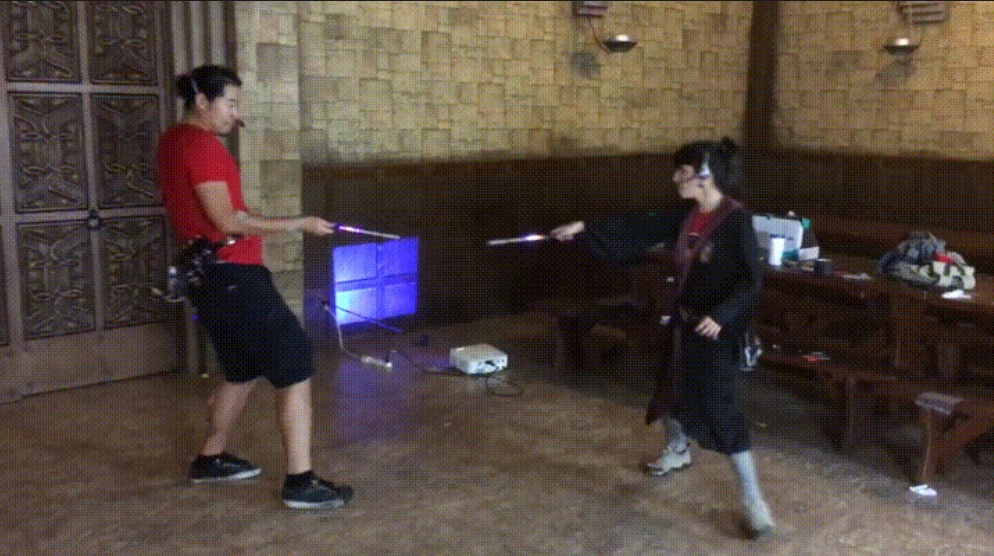 Allen Pan of Sufficiently Advanced decided that Google’s voice recognition service wasn’t being used for the right stuff. So, he hooked up a Raspberry Pi to the service for a far more magical mission. Wizard Analogue No-Magic Dueling Simulator (W.A.N.D.S.) is Harry Potter-meets-Laser-Tag – the Pi detects the speaking of ‘spells’ and then triggers an infra-red tipped wand. The infra-red signal is picked up by an opposing player’s receiver and then an Arduino hooked up to a T.E.N.S. machine delivers light electrical shocks to various parts of their body. This gives a palpable sense of being ‘hit’ without doing any damage. There is a bit of a delay while the voice commands are piped to the cloud and received back again, making it not-particularly-instant, but it’s still pretty cool! See it in action in the video below:

← Beer! *hic!* Brewing with the Raspberry Pi and Python
Space-age console in a bunk bed gets sound effects from a Raspberry Pi →