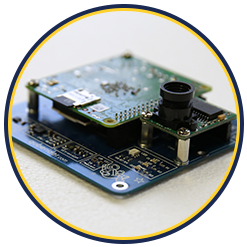 Just picked up on this in NASA’s ISS update report for 19th December. Australia has just launched their first payload to the International Space Station. Onboard is a project called CubeRider, which appears to be a Raspberry Pi Model A+ attached to a sensor board with a non-official camera module. I daresay the actual package is more complicated than that (the ISS specifications being very strict, to say the least!) but I can’t find too much information on it. Here’s what the NASA report says about CubeRider:

It appears, from the report, that the project isn’t entirely working at the moment.

You can read more about CubeRider on their website.