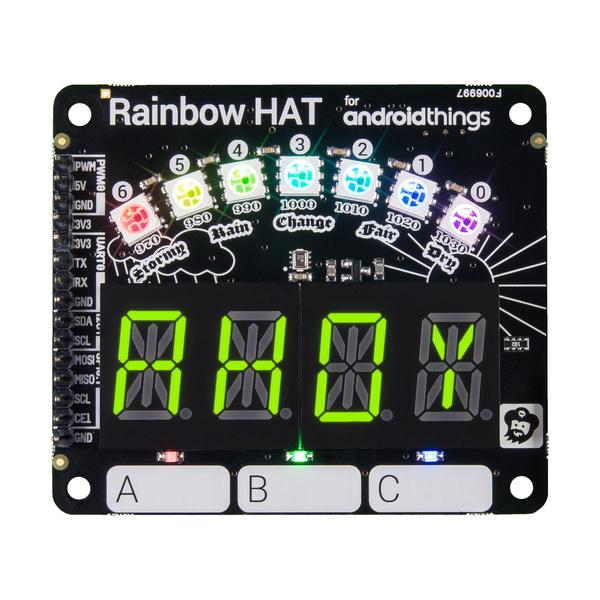 Pimoroni have just announced a new HAT for the Raspberry Pi, and a new operating system to go along with it. The HAT is called the RainbowHAT (full specs in a moment) and the operating system is Android Things (TM, and that’s the last time I’m typing that…)

Android Things is a new image available for the Raspberry Pi that will enable you to use the Android SDK to develop apps on the Pi. Now, I haven’t read the simply acres of documentation, but I think it works a bit like Windows IoT – i.e. it’s a non-GUI operating system that you push code to and then it runs and feeds the information back by way of an API. I think. If someone wants to expand, comment or correct, go right ahead! 😉

The RainbowHAT itself has a lovely load of features:

Pimoroni have come up with several suggestions for what it could be used for but probably the number one thing people will use it for is as a simple weather station.

Fortunately, Pimoroni have been very sensible and also developed a Python library for the board – allowing those using Raspbian to fully explore the capabilities of the board.

You can buy the HAT on it’s own, or as part of a kit, from the Pimoroni store, download the Android Things OS from here and explore more about this new platform here.

Aside: Tell you what: it’s a bloody lovely board as always from Pim! 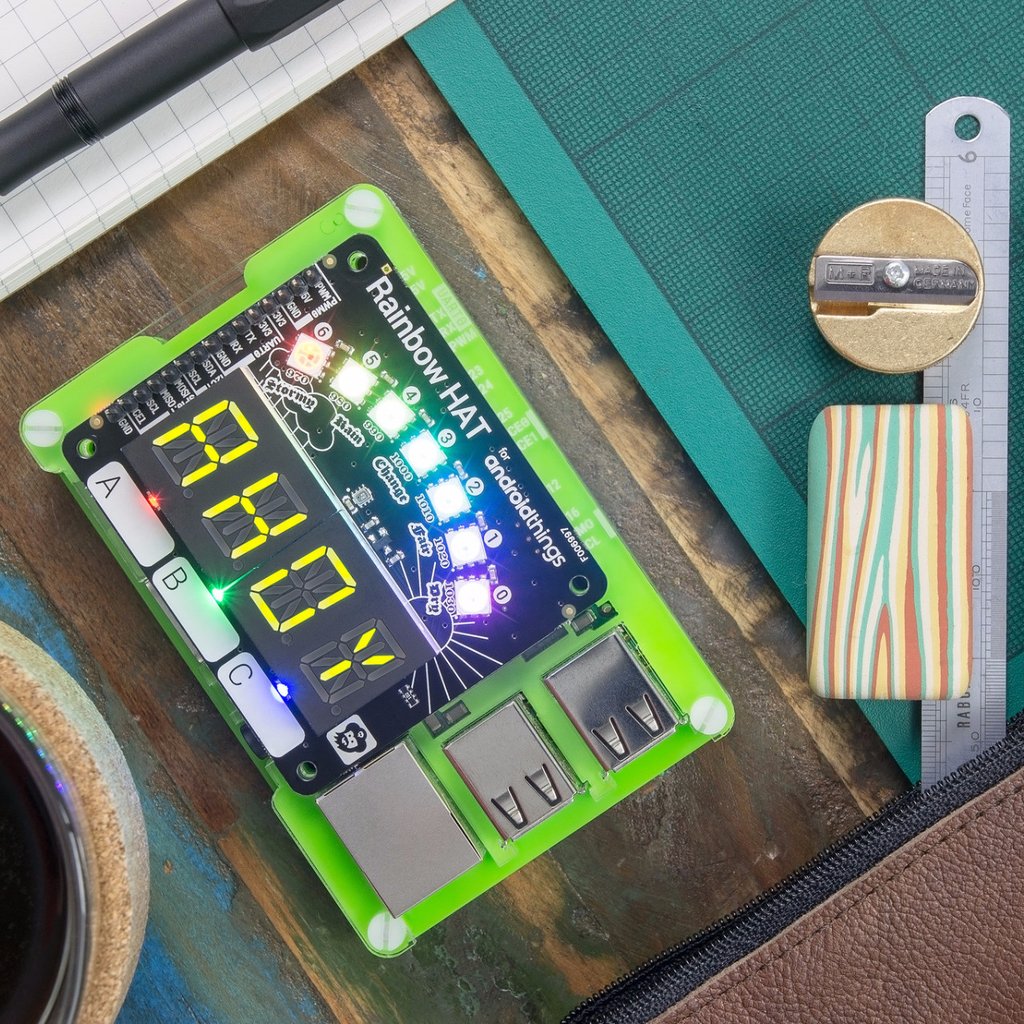