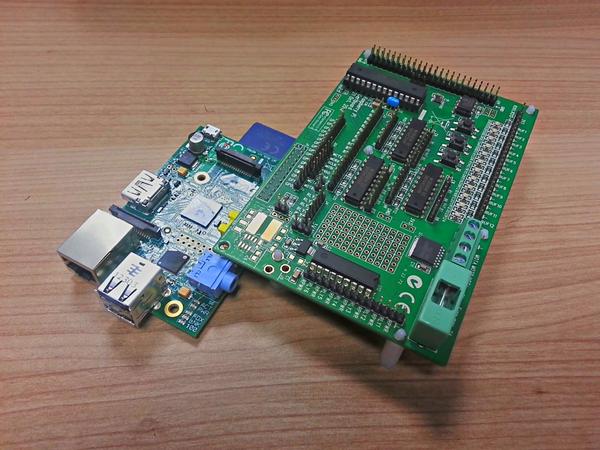 Exciting news from Farnell (revealed in a tweet, and then on Scoop.it) – the assembled Gertboard is now available, and it’s not as expensive as I thought it would be. £30 + VAT (£36) buys you the board. They’re also selling the Pi with a case for £31.50 (inc VAT). You will obviously have to pay postage on top, but that’s a pretty good deal.

Gordon over at Drogon sums the Gertboard up nicely (in fact I had to search long and hard for something as succinct as this!):

The Gertboard is an add-on GPIO expansion and experimenter board for the Raspberry Picomputer. It comes with a large variety of components, including buttons, LEDs, A/D and D/A converters, a motor controller, and an ATmel ATmegs 328p AVR microcontroller which you can program using the standard Arduino IDE (with some minor modifications). Read more

To order an assembled Gertboard, follow this link: GERTBOARD