Mark Williams from Ozzmaker has been in touch about his new Kickstarter project. Mark previously ran the successful campaign for BerryIMU – a multi-function gyro/accelerometer sensor which now sits at the heart of the Picorder, my sensors-in-a-box project.

The new Kickstarter is to fund the VoxCube (short for Voxel Cube) which is a custom-designed 8x8x8 cube full of RGB LEDs. The cubes are chainable, so you can create some amazing effects (such as the wave pictured) and will be compatible, and fully controllable, with the Raspberry Pi (all models) plus Arduino and other microcontrollers. Each cube contains an ATmega 1284P chip and is capable of producing 32,767 colours.

There are some absolutely glorious animations featured on the Kickstarter page, so head over there to check them out.

The VoxCube comes as a kit which requires no soldering and should, according to Mark, take about 20 minutes to put together. It comes with everything you require to get it running and includes an acrylic case to turn it into a proper ‘exhibit’.

Pledges which include the VoxCube start at $225 (Australian) which is about £120 including shipping. This seems expensive, but it is a beautiful product with a lot of potential.

So, if you’re interested, head over to the Kickstarter page. 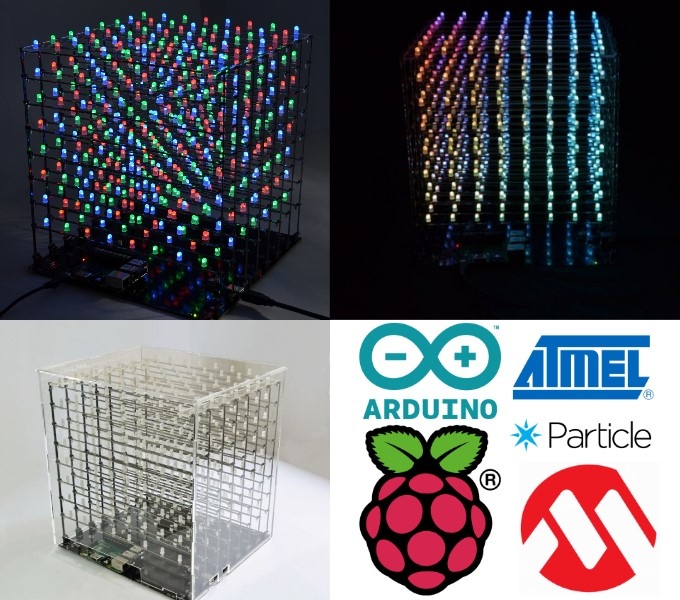