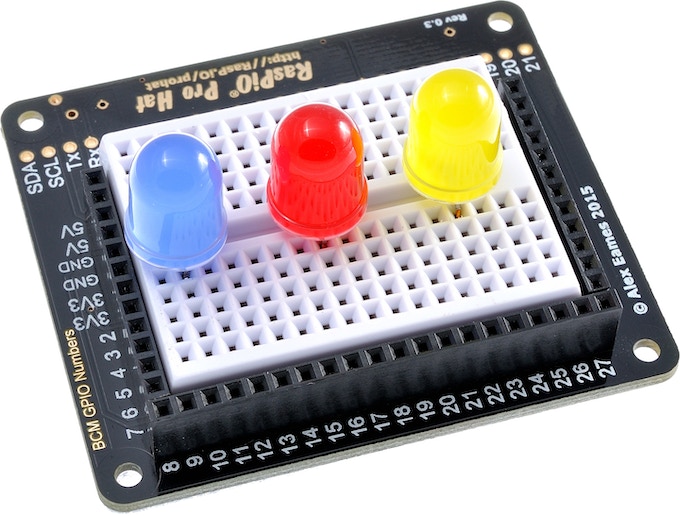 Alex Eames has just announced a new reward level for his RasPiO Pro Hat Kickstarter and I just thought I’d bring it to your attention.

In case you missed it, the Pro Hat is a great new plug-in board for the Raspberry Pi that breaks out all the GPIO pins to female headers, in numerical order (using the BCM numbering scheme) and provides a mini-breadboard on which you can prototype circuits. All the ports are protected so that you can connect things up incorrectly and still not injure your Pi.

The new reward level is £25, is called the GPIO Zero Experimenter’s Kit and includes the following: 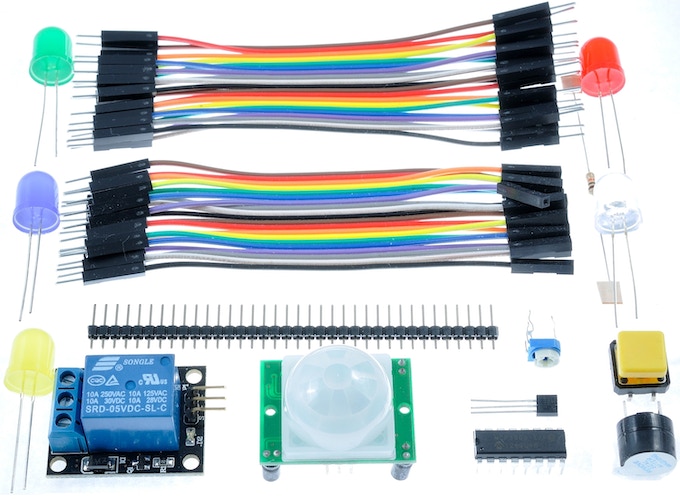 It’s a great bundle of goodies and will really show off the capabilities of both the Pro Hat and also Ben Nuttall’s GPIO Zero library (I recently came to understand the benefits of the library – read about that here). It includes an analog-to-digital converter chip (the good ol’ MCP3008) and both a potentiometer and an analog sensor (TMP-36) to get you going in the analog world. It’s nice to see the big LEDs making an appearance and Alex plans on some instructions/tutorials to help you get the most out of the components, including the relay board (which is a mystery to me, so I’m looking forward to that one!). It’s these instructions that really add value to the package – Alex has got a great writing style and goes into a lot of detail with these things, so it’ll definitely be ‘worth having’.

So, if you haven’t backed yet, or if you’d like to change your pledge, head over to the Kickstarter. I’m off there myself now!