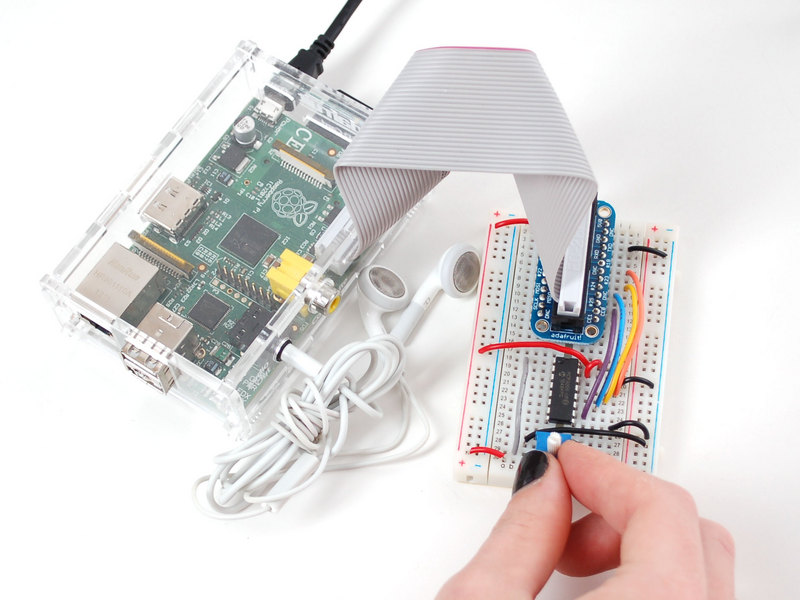 I don’t often vent my spleen on my blog. This time, however, my frustration has boiled over. I’ve been trying to get an analog to digital converter working with my Pi. Now, I should say going into this I’m not feeling my best at the moment, and my patience is more than a little thin.

Over the past few weeks, I’ve had problems with my 7″ LCD screen, with my 16×2 LCD module, my ultrasonic distance sensor… and now it’s the turn of the ADC.

I was trying to do this tutorial:

and failed miserably. Analog levels are just not being reported. I get the occasional fluctuation, but it doesn’t seem to be reading the analog-ness of the potentiometer. It’ll go to 100%, then to zero again. No idea what I’m doing wrong.

Still, I persevered and decided to try Jeremy Blythe’s tutorial that is the same as the Adafruit one by instead using the SPI protocol. I figured I’m using the Occidentalis distro, SPI is enabled, and I’m having no luck with the original. Here’s a link to the tutorial:

Guess what? I failed again. I’m getting 100% volume all the time. I don’t doubt that both tutorials are accurate and correct, just that my lack of knowledge is probably causing my failure.

Perhaps it’s because I’m using a mini potentiometer rather than one of the blue ones, but surely if I press down on the thing it should do the same? It’s so frustrating.

I’m not a stupid person – but I do feel that I’ve reached the end of my expertise with this simple tutorial. I’m all at sea with electronics, it seems, and I haven’t a clue how to get enough knowledge to make myself proficient enough to do what I want to do.

← Picorder and a Proto-Plate – project update
Beginners : Preparing an SD Card for your RPi (by Adafruit) →

12 comments for “Frustration with the MCP3008 ADC”