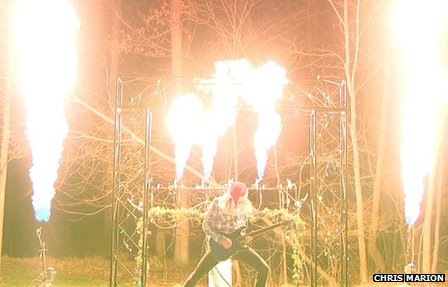 Mark Ward, a BBC technology correspondent, has published a nice ‘cool projects’ article up on BBC News. Nothing particularly new or groundbreaking here, but it’s still good to see some mainstream coverage.

Read the article or carry on reading here for a little diatribe from me!

The one sour note is that Rory Cellan-Jones, another technology correspondent, has commented once again that there doesn’t seem evidence that the Pi has reached the Foundation’s target market – i.e. kids. I think he needs to review his feelings on this as a) it’s not constructive and could potentially put parents/teachers off and b) isn’t particularly accurate. There are plenty of examples of kids using the Pi, especially around Code Clubs and Raspberry Jams, and the high profile of kids like Amy Mather just goes to show that the Pi is doing some good, particularly when it is used as a tool for education.

I agree that the spread of the Pi into education hasn’t been breathtaking or awe-inspiring, but there’s some great work going on out there, and kids are being inspired, and in the end isn’t that what counts? If Mr Cellan-Jones wants to see the Pi get more exposure and usage within education perhaps he should be championing the cause rather than commenting on it’s supposed failure?

← More programming examples for the Pi Lite and #RaspberryPi
Baked in Britain, the millionth #RaspberryPi & discussion →