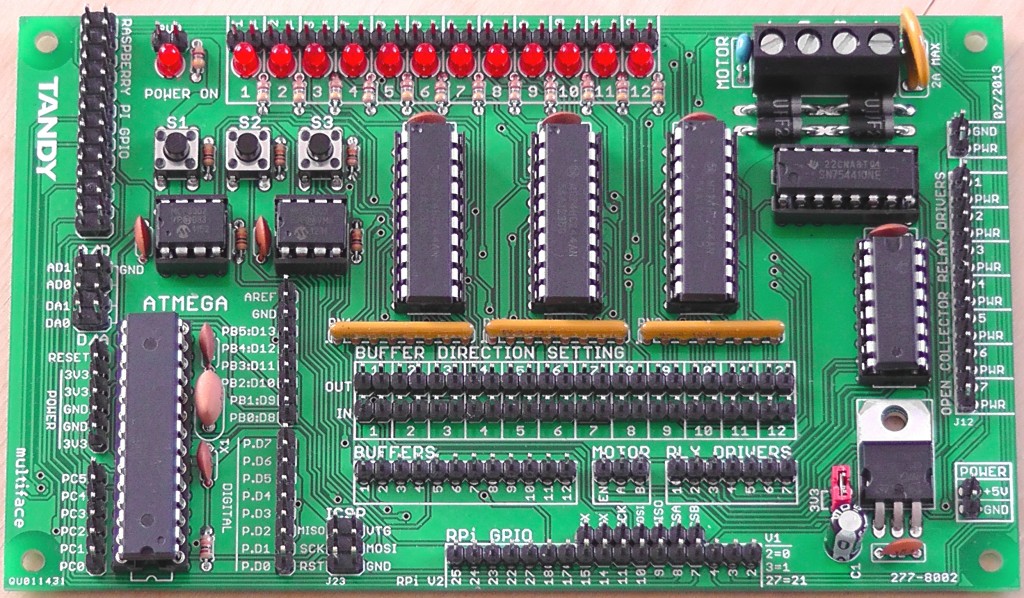 Tandy have developed a new expansion board for the Raspberry Pi. Very similar to the Gertboard, but with added features, the Multiface board is compatible with both common libraries used to communicate with the Gertboard.

Alex Eames at RasPi.TV has reviewed the assemble-it-yourself kit and explains in detail the differences between the two boards.

The Multiface will be available within the next few weeks (April 2013) and will be a few quid cheaper than the assembled Gertboard available from Farnell.

Read the review at RasPi.TV.