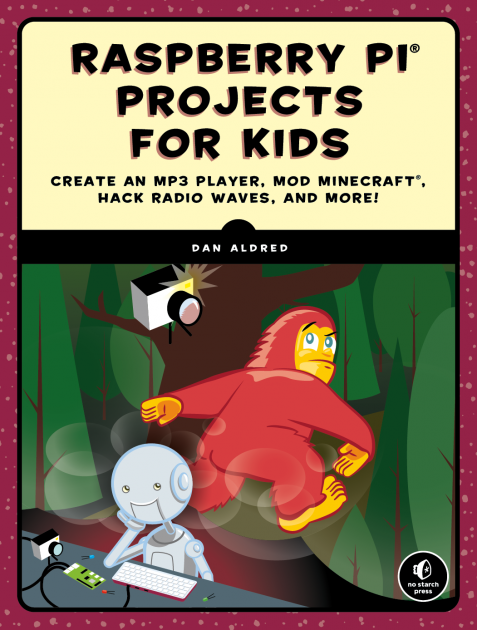 I was sent a review copy of this book by No Starch, but I can say what I like 🙂

According to the blurb in the first couple of pages, Dan Aldred is a Computer Science teacher, freelance writer and hacker. He’s also a Raspberry Pi Certified Educator, so he should certainly know how to write a book with this title. I’m happy to say that he delivers, and then some.

About the book as a publication

First of all, this is a No Starch publication. If you’ve seen past reviews from me of No Starch books, you’ll know I hold them in high regard in terms of the quality they produce. This one is no exception. It’s full colour, has over 260+ pages and is nicely bound.

The whimsical cover gives you an idea who the book is aimed at, and Dan has a great turn of phrase and uses clear, basic English to get across concepts and instructions. It’s ideal for young teens, for instance, but will also be attractive to Pi beginners who need projects to get themselves going on.

There is a good introduction detailing how to use the book, and the equipment you’ll need. This is followed by a, by now obligatory, introduction to the Raspberry Pi, its capabilities and the way you’ll be working with it. An introduction to Python competes the introductory chapters and it includes some information on how Python works in terms of functions, loops etc. It’s a great chapter for those used to other computer languages, although perhaps it could have had a bit on how to go from visual block-based programming to text-based programming, considering the target audience.

The rest of the book is a series of projects to build based on the Pi with other, added components such as a Pi camera, LEDs etc. These components are all listed in a previous chapter, but if you want to do them one at a time, the individual chapters also list what you need. The projects are as follows:

It’s an eclectic mix, but I think the book is stronger for that as it gives kids (and adults, for that matter) a variety that they can pick-and-choose their way through.

The colour diagrams and pictures help to keep the book engaging throughout, and I must compliment the author and the publishers for the layout, especially. 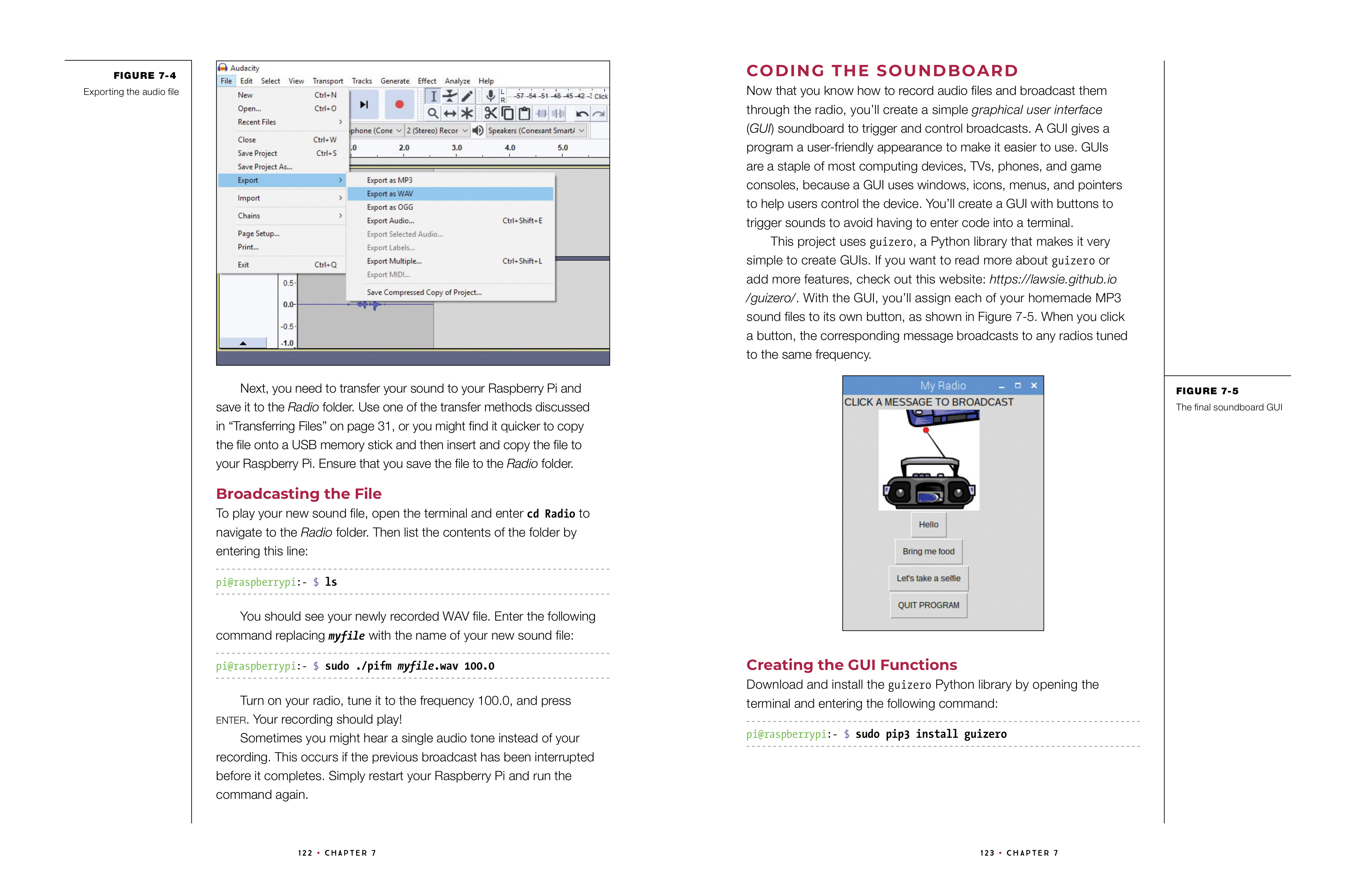 This book is ideal for those who have either just got their Pi and are in their early teens, or perhaps slightly younger, and also those who have used the Pi for a bit and want something to get their teeth into. The range of projects is exciting and varied, although perhaps slightly equipment-heavy. Having said that, the Pi camera and other components are quite cost-effective and the SenseHAT, which is more expensive, is only used in the last chapter, so can easily be avoided if you don’t want to make the additional investment.

So, all in all, I can happily give this book a hearty recommendation. A great post-Christmas present for your child who has got their Raspberry Pi and is wondering what to do with it! 🙂

You can pick up Raspberry Pi Projects for Kids from No Starch (if you’re in the US or you want an electronic version) or from Amazon if you’re UK/Europe-based. Other retailers are available 🙂