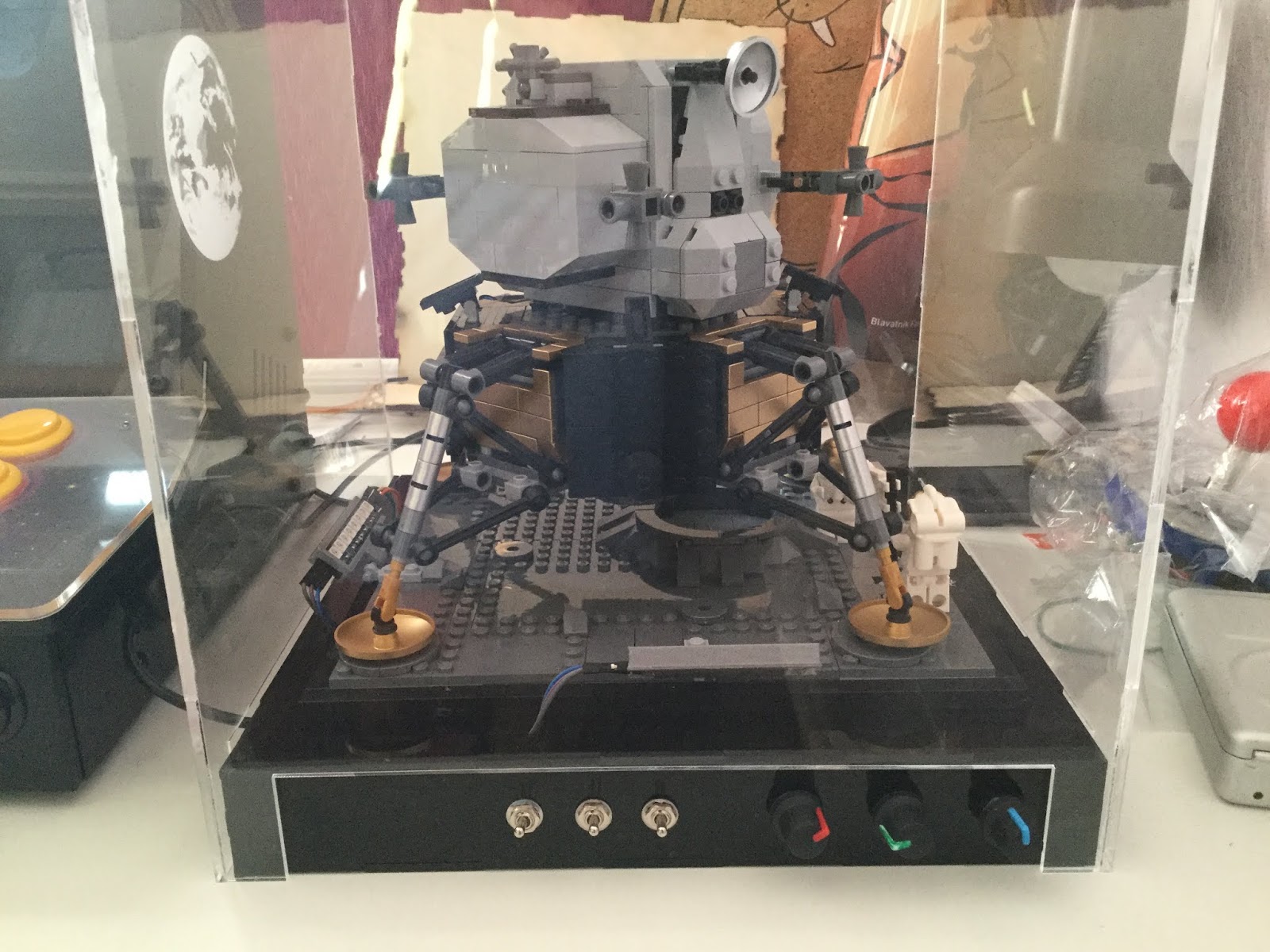 Spotted this one in amongst all the 50th Anniversary celebrations of the Apollo Moon Landings.

Richard Hayler purchased the LEGO Lunar Lander set and built it up. He decided that he wanted a permanent enclosure to display it in and cut some perspex for the job. He then moved on to more hacky endeavours and decided to add lighting and button-controlled sound clips of the Apollo missions. The sound clips are played using a Pimoroni Speaker pHAT and some simple “Neopixel” strips were used to provide the illumination. He added three switches to control the lighting “moods” and three potentiometers (run through an MCP3008 analog-to-digital chip) to control RGB values. All the components were wired to a Raspberry Pi Zero: 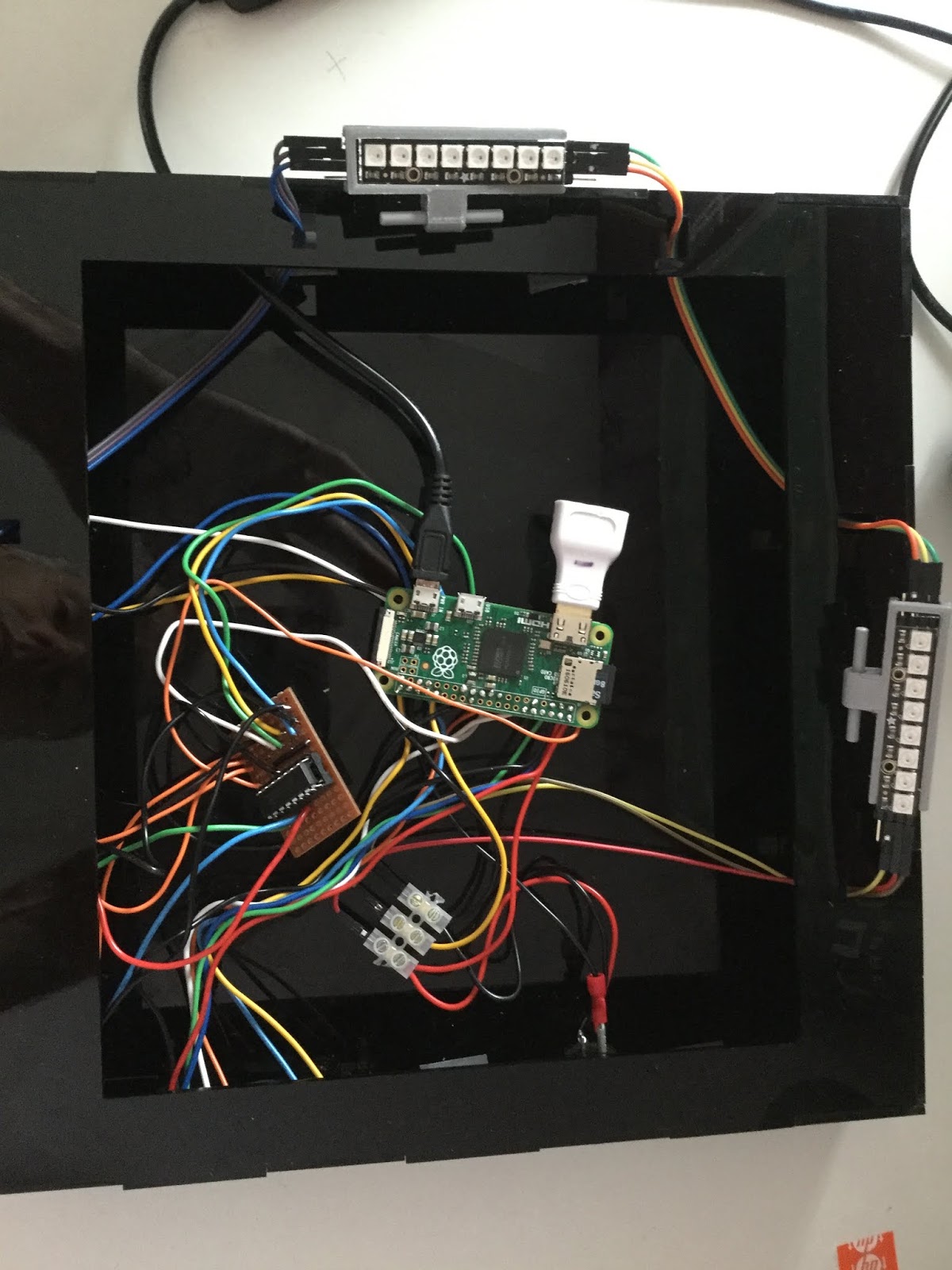 The result is a very nicely-conceived project build with some simply-achieved, but very beautiful lighting effects: 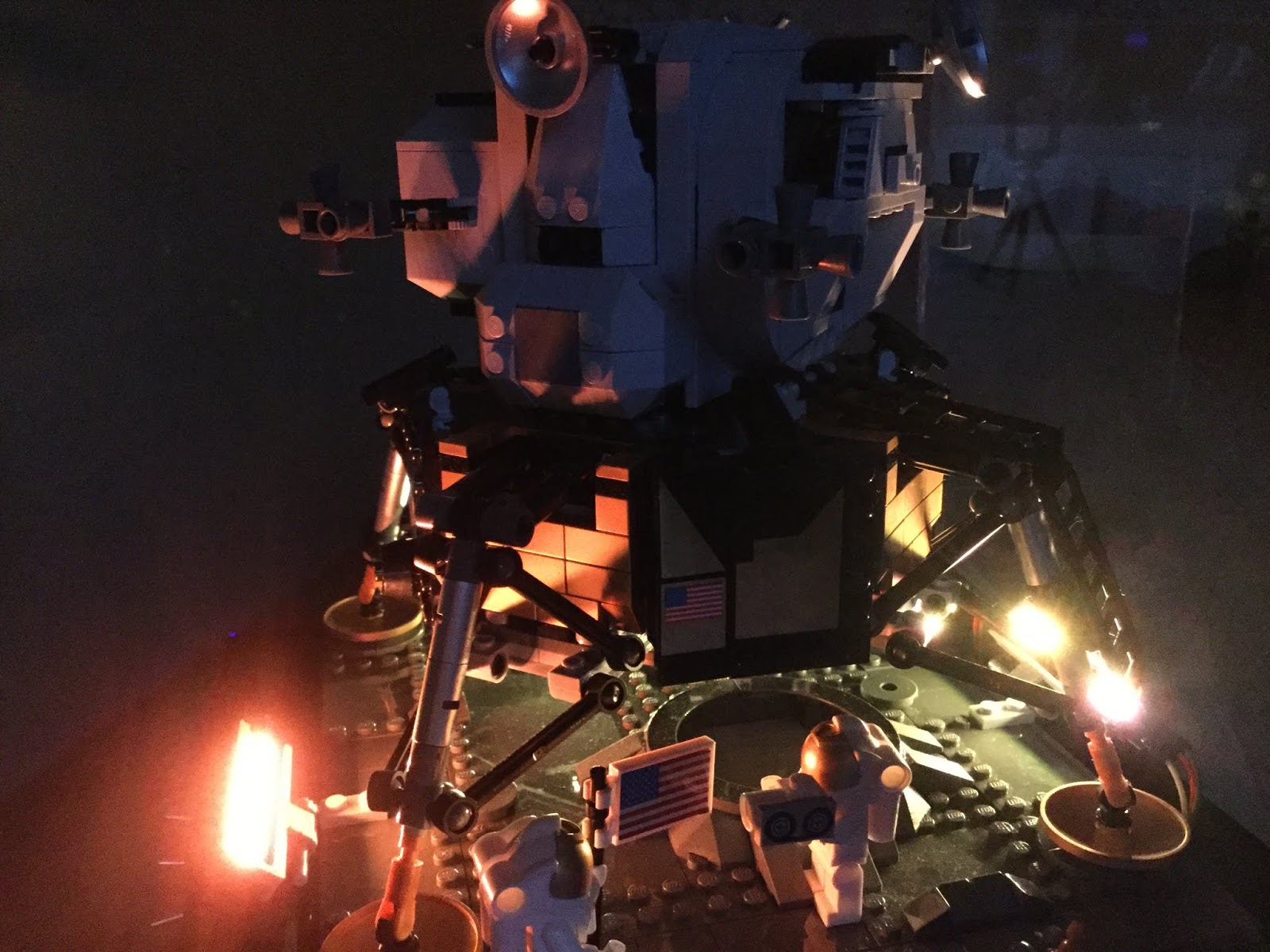