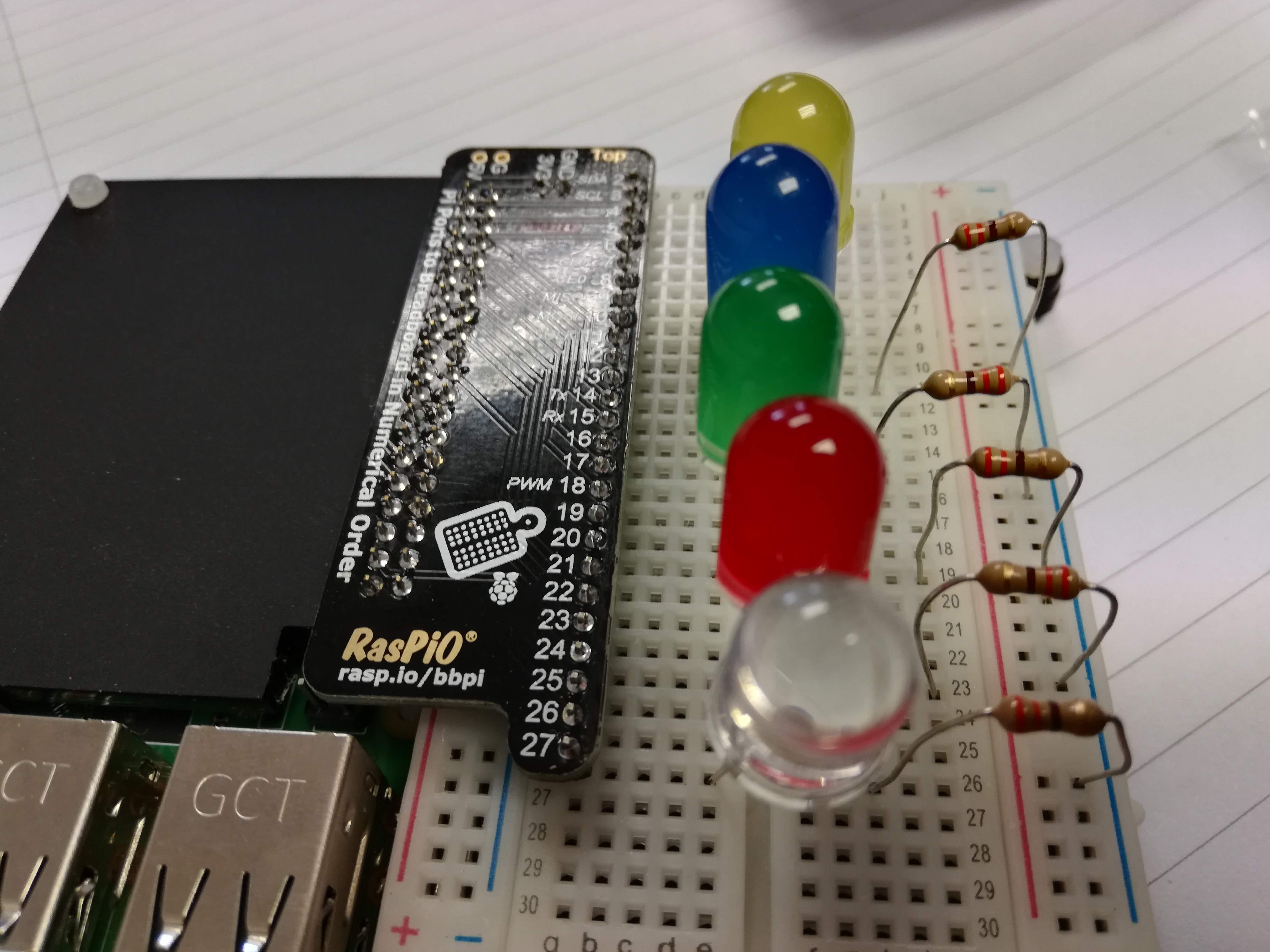 My last post was to announce Alex Eames’ latest crowdfunding project, the Breadboard Pi Bridge. Now that the dust has settled slightly from Pi Wars 2019, I’ve had a chance to have a play with it, so I’ll give you my thoughts. If you want to get hold of one, head over to RasPiO. They cost £12 plus (cheap) shipping on pre-order and should be available in May.

The Bridge comes as a kit which will need soldering together (my review unit was pre-assembled so I could get to using it quicker!) This involves attaching a 40-pin female header and a 30-way male header to the underside of the circuit board. This is the way the Bridge works – you place the female header on your Pi’s GPIO pins and then the male header slots into the supplied breadboard. It is pretty simple soldering – you just need to make sure you don’t accidentally solder any pins together. The kit is completed with three pieces of black perspex – one to hold everything together, one to raise the stuck-on breadboard and one to (optionally) cover the Raspberry Pi.

I took apart the assembled kit that Alex sent me and then reassembled it around a Raspberry Pi 3B+, including the perspex cover. I needed to snap off the breakaway segment of the cover to allow space for those pesky Power-over-Ethernet pins that have been added to the 3B+, which was easy. You can see this in the top-down photo, below: 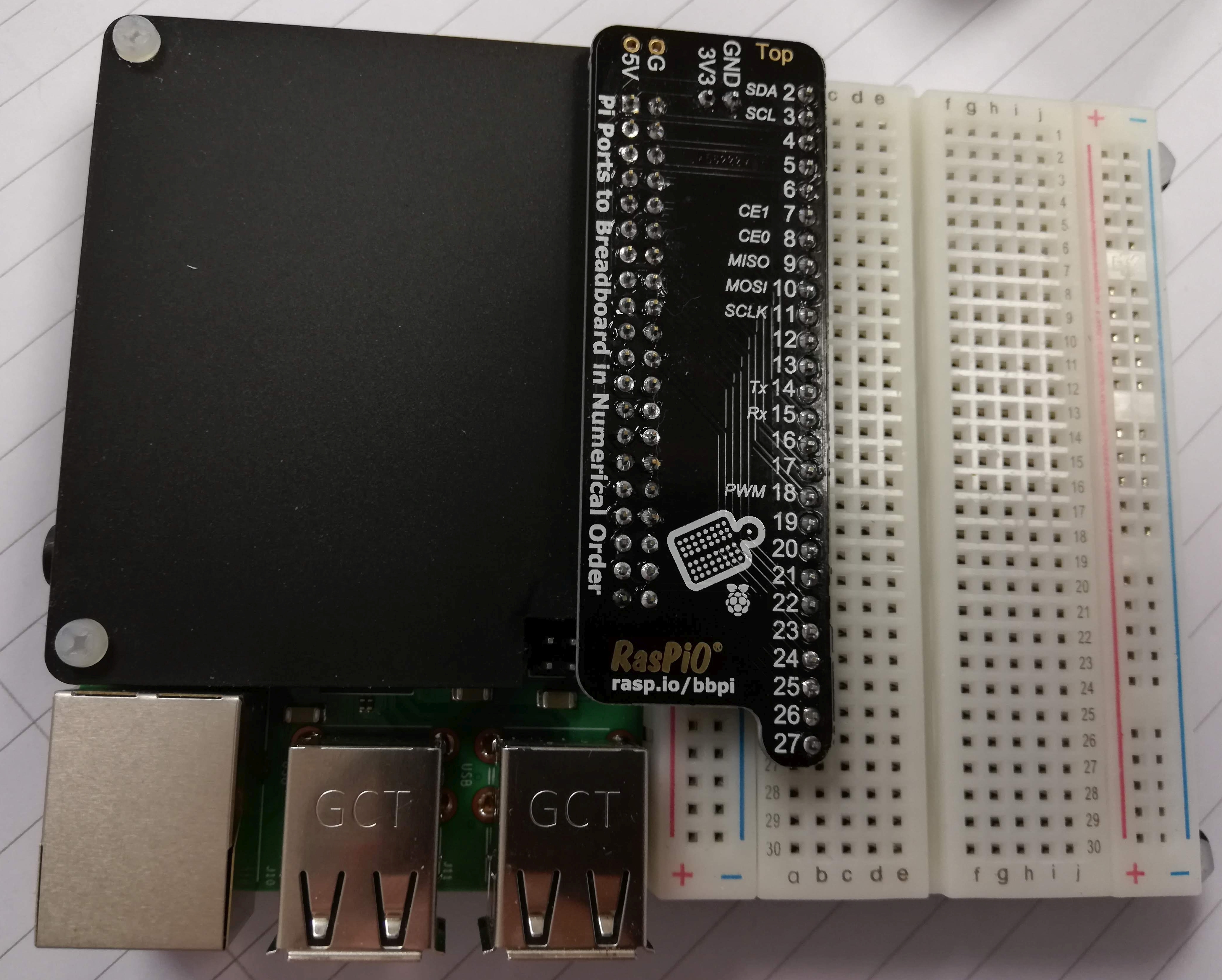 Having finally assembled it, I was immediately struck with how solid the whole thing felt. This is halfway between a permanent and temporary solution for your breadboarding project. It’s permanent enough that, if you’re in an educational situation, a child wouldn’t easily be able to pull the Bridge off the Pi, but temporary enough that you can do this with a little careful force.

One of the best things about the Bridge is that the pins are in sequential (Broadcom numbering system) order. This was a great idea for the RasPiO ProHAT, and it’s still a great idea now. It means that it’s so much easier to find the correct pin and then program it. GPIO Zero/Python is ideal for this, of course, and for simple projects the Bridge is a terrific accompaniment.

You will definitely need to use the supplied ground wire to take the ground from the left-hand rail (in the picture above) to the right-hand rail. You can do some rudimentary LED-type projects without doing so, but if you want to wire it up with multiple LEDs (or other components), as I have in the picture at the top, this is the best way to make that possible. 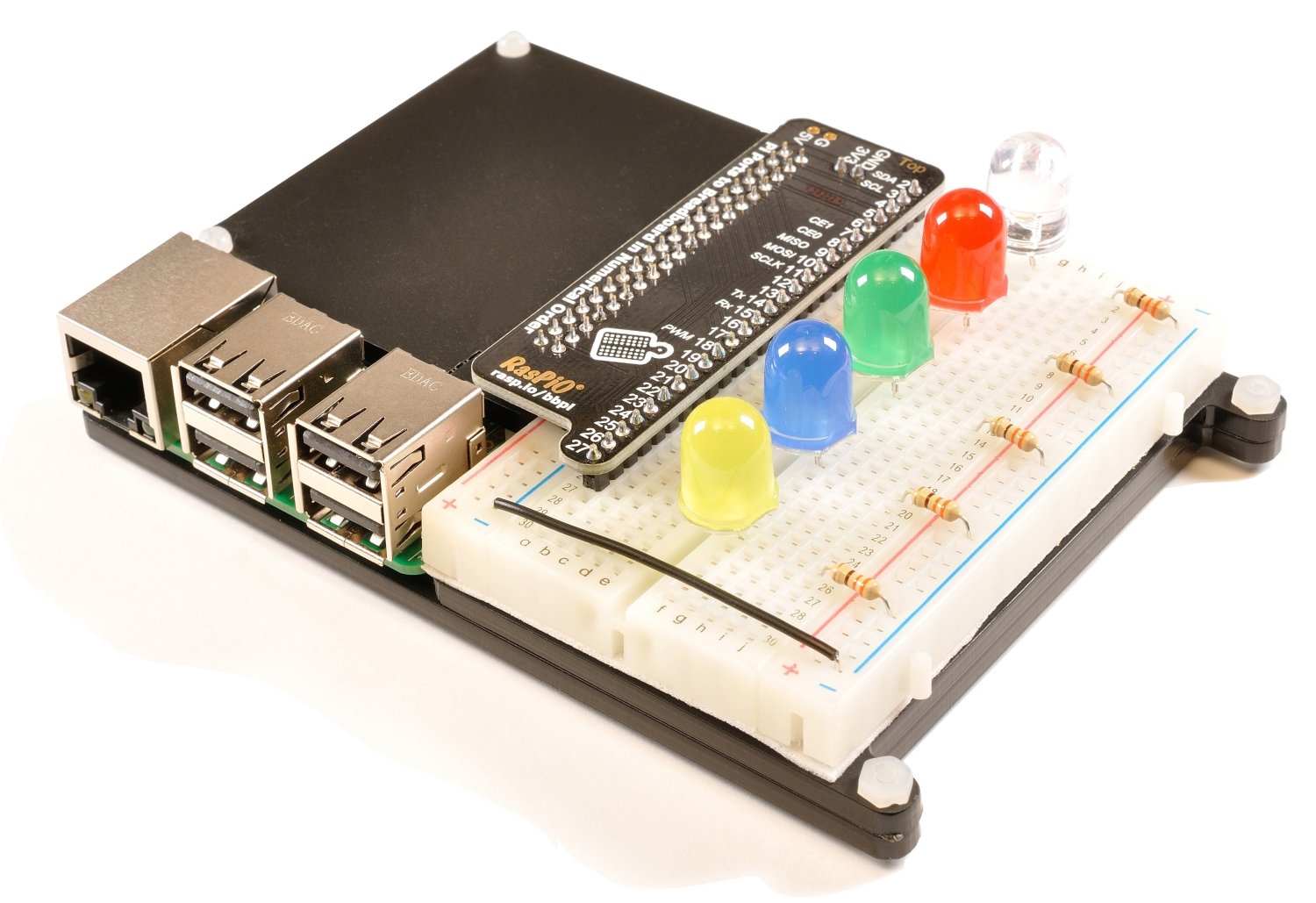 Overall, if you want a nice, stable platform for prototyping with a breadboard, you can’t do better than the Breadboard Pi Bridge. It’s solid, it looks nice and it’s pretty simple to put together. The price is right, at just £12. I’ve backed it and I hope you’ll consider doing so, too. The Bridge is available on pre-order from Alex over at RasPiO and should be delivered in May.

← Make breadboarding your Raspberry Pi projects easier with the Breadboard Pi Bridge – a new Crowdfunding campaign
Cotswold Raspberry Jam – Saturday 18 May – Get your free tickets to one of the best Raspberry Jams in the country! →