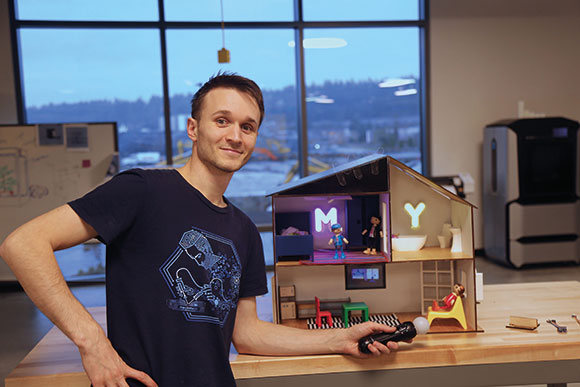 Two students from the University of Washington, Maks Surguy and Yi Fan Yin, decided to create an interactive doll’s house that could be controlled by a Playstation Move controller. To do this, they first of all designed the doll’s house, printed it out on cardboard to prototype and then laser-cut the design in plywood to give the house some stability and strength.

The Playstation Move interprets gestures and feeds them to a Raspberry Pi which then decides which gesture was used and then turns features of the doll’s house on or off accordingly. A total of seven gestures were programmed in to control;

…various functional items in the dollhouse (such as) TV, lights, fan, and shutters.

Read more over at The MagPi and watch the video below: