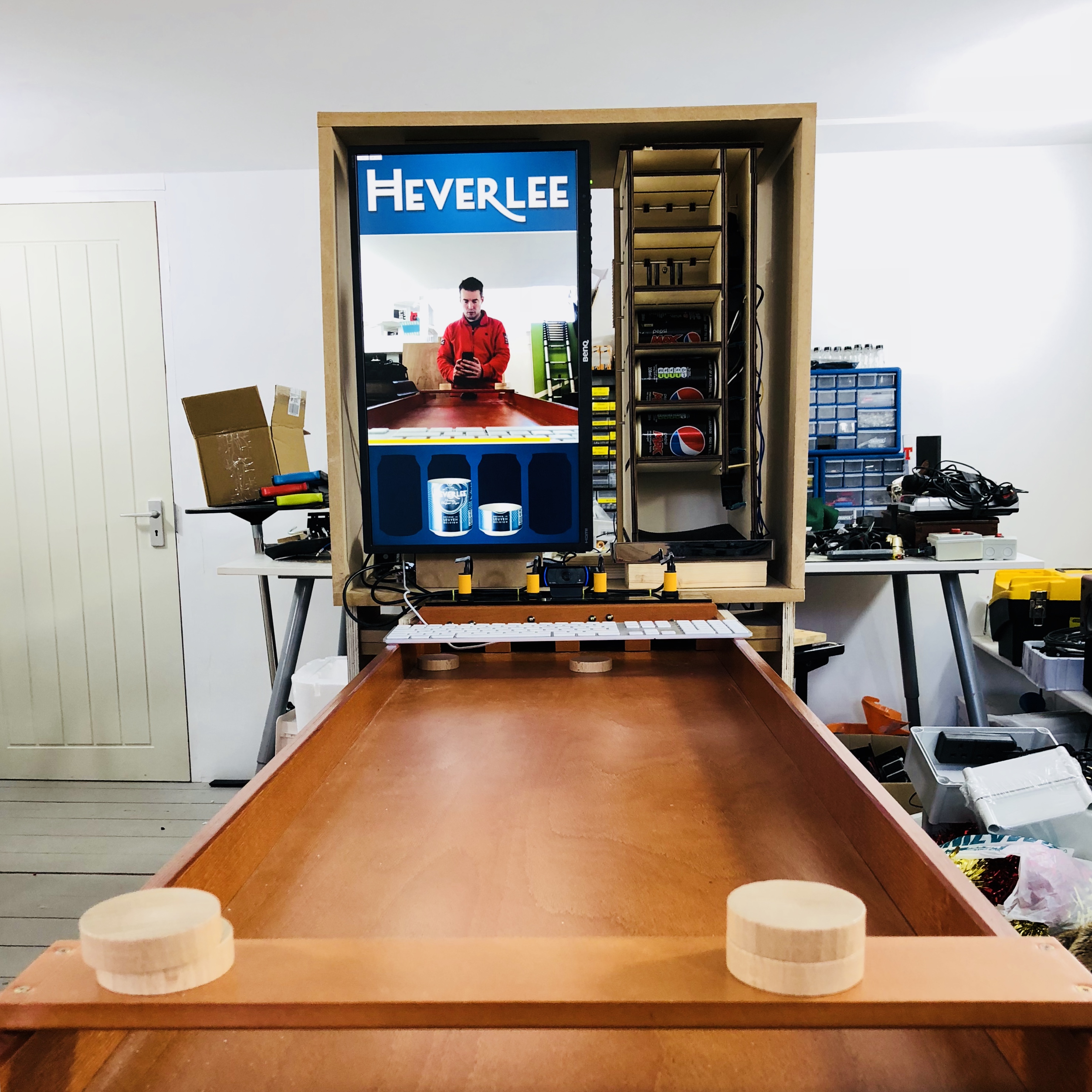 It must be summer – it’s all fun and games after the previous Pinball machine post!

Grant Gibson was approached by Belgian beer brand Heverlee to create a fun in-bar experience. Grant remembered Sjoelen – a shuffleboard game popular across Germany, Belgium and the Netherlands and thought up a free-standing apparatus to play the game and win prizes. The idea is that players slide wooden pucks down the board and try to get them through the holes beneath the back board. Apparently, it’s more challenging than it sounds!

For detection of the puck, Gibson used IR proximity sensors wired to a Raspberry Pi 3. He added a webcam and screen so that bystanders could see the reactions of the players during the game and then programmed the Pi in Python to bring it all together.

The prizes are cans of the Belgian beer in question and these are dispensed by the Pi, via 12V relays using a self-manufactured mechanism. The story of how he got to this mechanism, and the… dampness involved when it all went wrong… are covered over on his blog.

Some more making was involved in bringing the game up to a standard suitable for transporting and abuse from slightly drunk players! 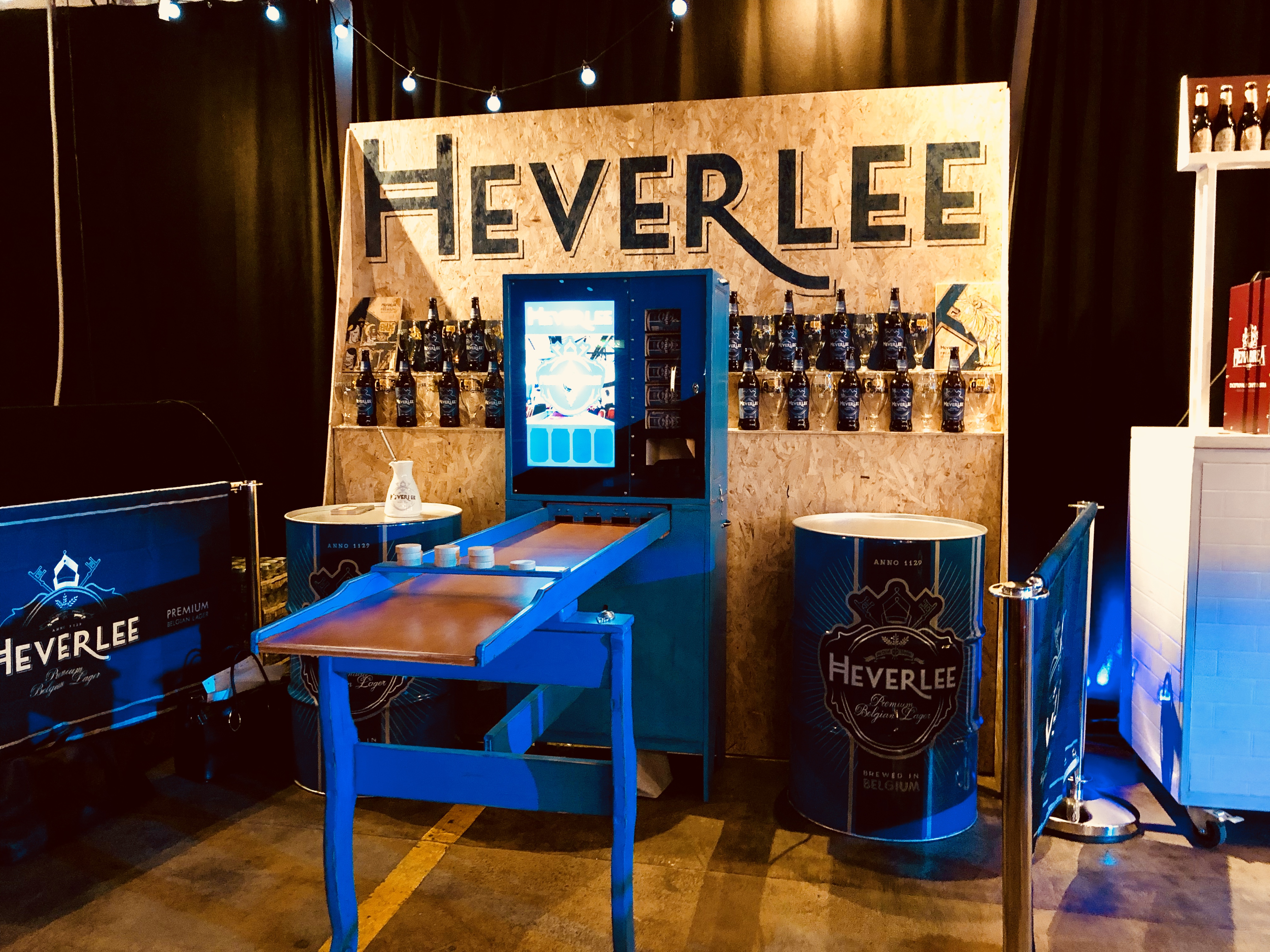 You can read more about the project over on Gibson’s blog or watch the video below: