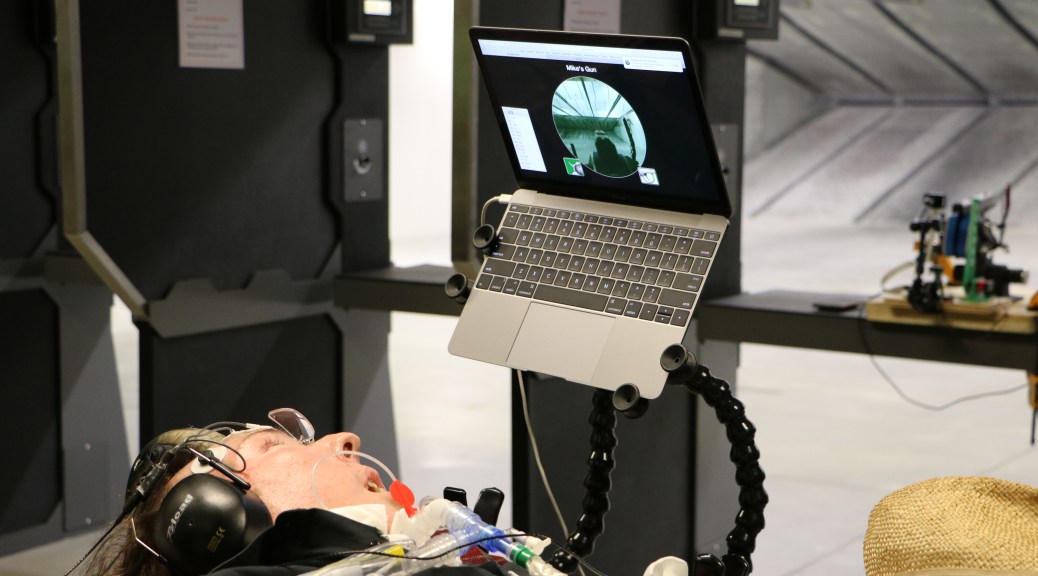 Mike Phillips has spinal muscular atrophy, leaving him only with the control of one eyebrow. However, this hasn’t stopped him creating a list of things to do that would rival most able-bodied “bucket lists”. One of the items on the list was to fire a gun, using nothing but his eyebrow. Bill Binko and the team from ATMakers took this wish and “made it so” by setting up a Glock 17 to be fired with a servo (after they’d cleared the experiment with the relevant authorities, of course!)

The interface with Mike’s eyebrow-controlled system was managed by using a Raspberry Pi Zero, an Adafruit Crickit and a custom circuit board to go between the two. A Pi camera was also used to enable Mike to ‘look down the sights’ and then take the shot.

You can see two videos below about the project and read more about it here.