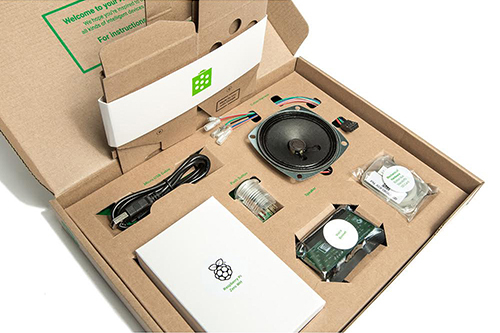 Google has launched new versions of its two AIY Projects kits, but only to the US first of all.

The new kits come with a bundled Raspberry Pi Zero WH (that’s the pre-soldered version) and an SD card with the software installed, making life a lot easier.

The Vision kit, which moves to version 1.2 after a rather shaky start, also comes with a Pi Camera Module.

Also worth noting is an update and improvement to the documentation over at Google.

The AIY Voice kit, of course, started out as a MagPi giveaway before going on sale.

You can expect them to hit UK stores in the Summer, according to Billy Rutledge, Google’s Director of AIY Projects.

Thanks to The MagPi for the tip – you can read more over there.