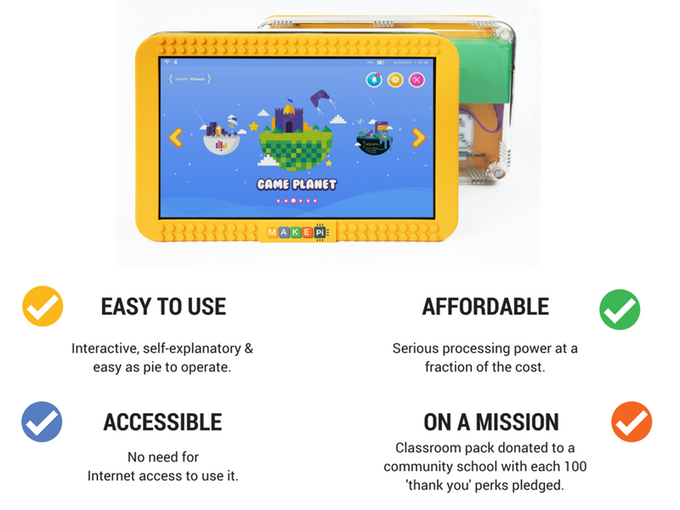 A new Kickstarter has just launched for a tablet, powered by a Raspberry Pi. With it’s eye firmly on the children’s market, the MakePad features a 10.1″ touchscreen and is battery powered (8000mAh). It has a built-in 3W speaker for audio applications and comes with a 16GB microSD card with MakeOS pre-installed. MakeOS has been developed specifically for the touch capabilities of the device and includes a Blockly programming language as well as access to Python. It’s probably a reskinned Raspbian as it also includes the LibreOffice suite, Minecraft Pi etc.

The MakePad comes as a kit that you assemble and reminds me of a mixture of the Kano kit and HDMIPi. They’ve made the sensible decision to have a cut-out for the GPIO pins, although with the Pi ‘around the back’, using it will probably need a ribbon cable and a cobbler. The case is LEGO-compatible so you/your child can have fun personalising it to your heart’s content.

← An LED matrix gaming table built around a Raspberry Pi
Launched today: the Raspberry Pi 3B+ : an incremental performance and capability upgrade →