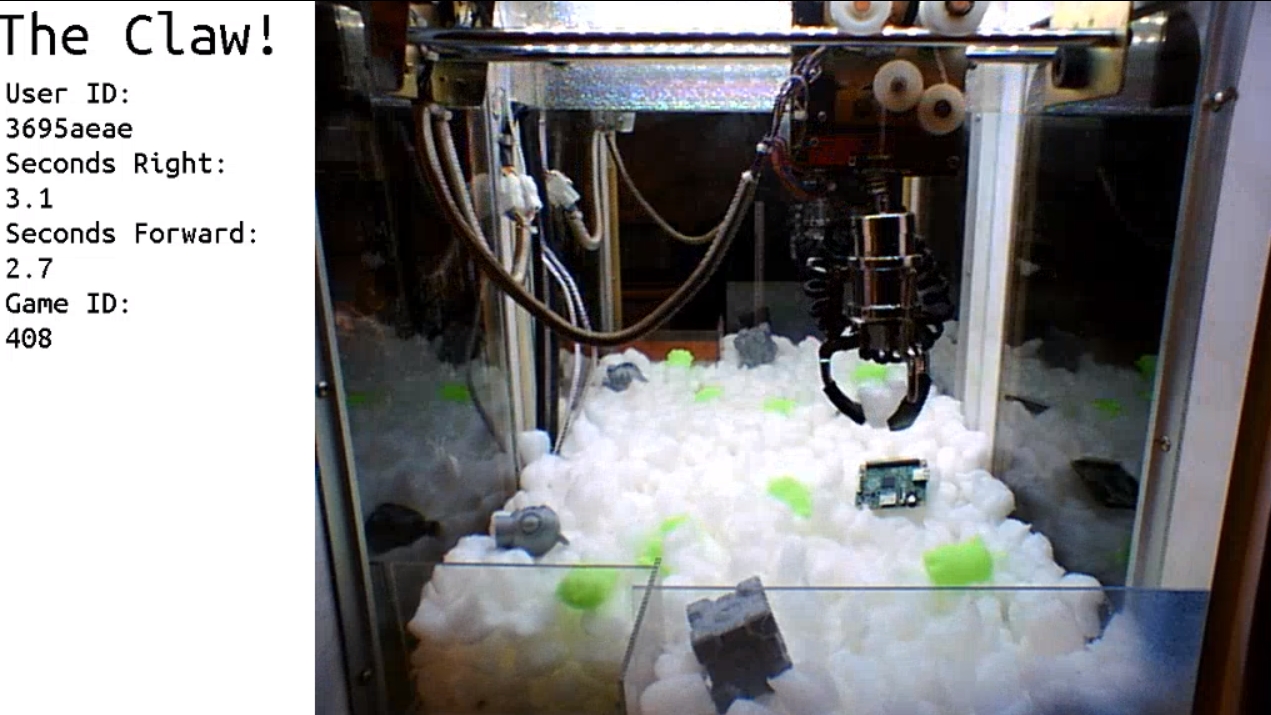 Ryan Walmsley has taken an old claw machine and retro-fitted a Raspberry Pi to control it. A custom controller board (pictured below) gives him 2 dual H-bridges to drive the three motors on the X, Y and Z axis and some Darlington transistors allow him to control the electromagnet inside the claw as well as the front panel light bulbs. The machine has a complicated power system which utilises 12V, 24V and 48V so there are power rails on there, too. Video streaming and code execution is done on an old computer running Ubuntu. Thanks to some very clever use of the GPIO Zero remoting functions, Ryan runs the code on the PC which then triggers the robotic behaviour on the Pi. You can play The Pi Claw over on this custom website which uses Twitch to stream video from the game. The game is only available when Ryan is, normally between 11am and 9pm, UK time.

For Jams and other events, Ryan has made it so that it is controllable via the front panel controls, keeping the original gameplaying action. You can read more about the project on Ryan’s blog. 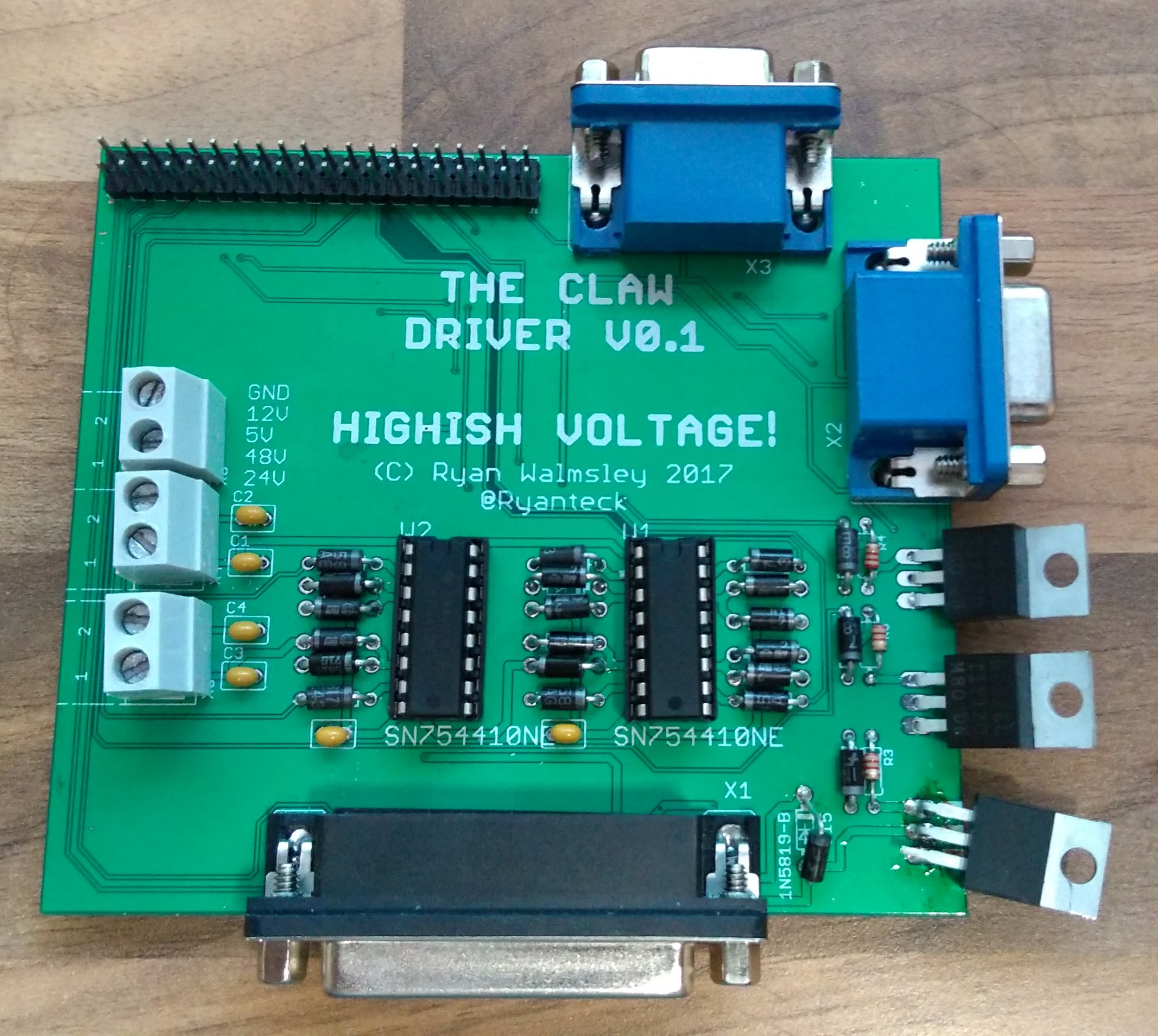