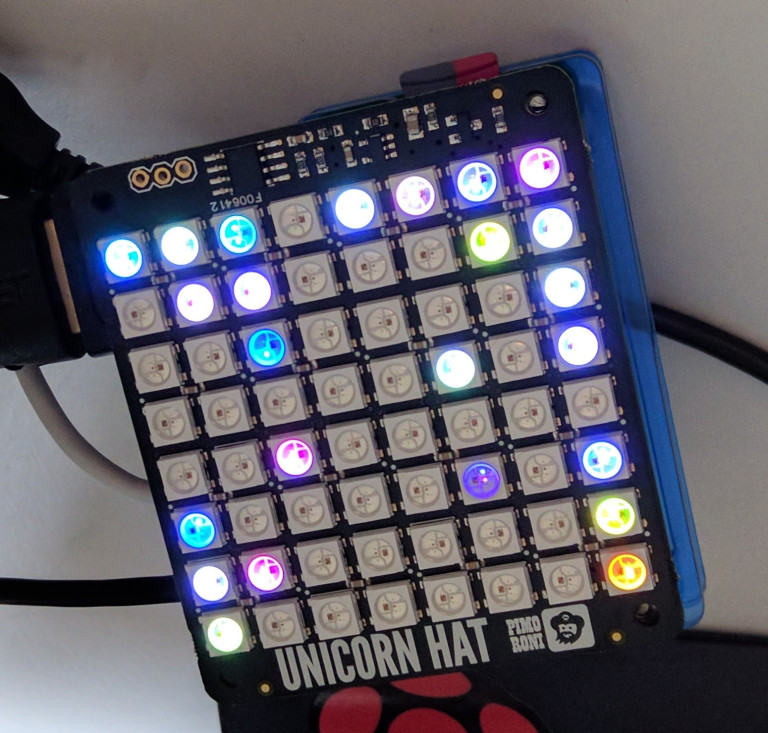 Michael Darby wanted to create an “artificial life” project. So, he took a Raspberry Pi 3 and a Unicorn HAT and created a Python script to do it. He had the following goals:

The script takes in the following parameters:

It’s a wonderful project and you can read more (and download the code) here.

One would imagine with a bit of adaptation, you could use the same script with the Unicorn HAT HD and get even better results.