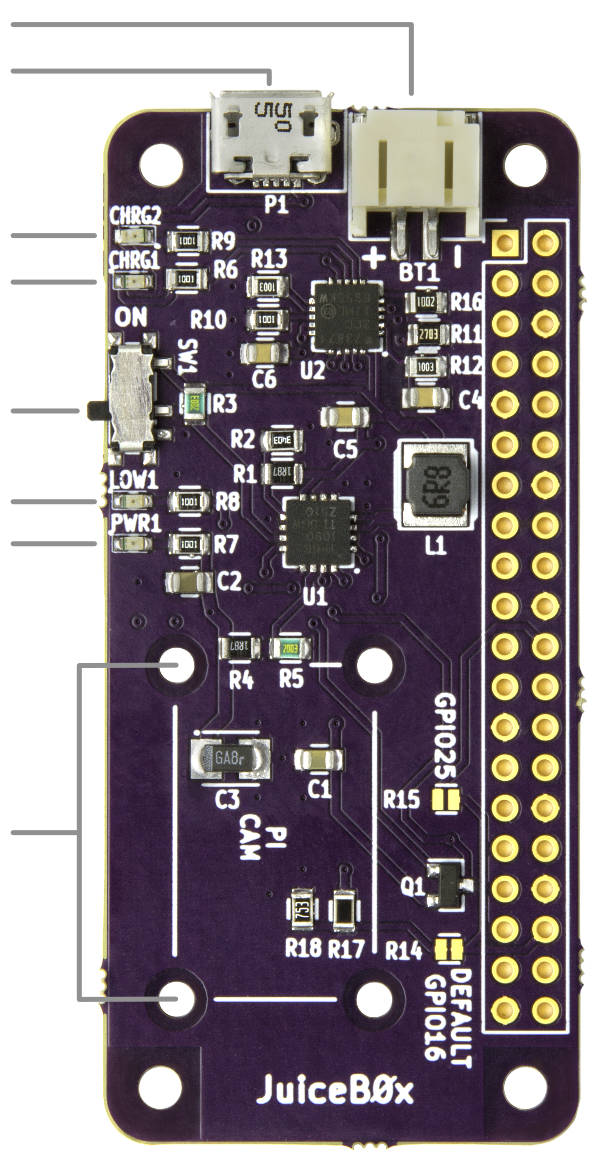 Ryan Moore has been in touch. He and a small team are running a new Kickstarter to fund the Juicebox Zero. The Juicebox is an add-on board for the Raspberry Pi Zero that will power it from a LiPo/LiOn battery source with a JST-PH connector. It will also charge the battery via a microUSB power source. It’s similar to the Adafruit Powerboost 1000C but instead of being a breakout board-style accessory, the Juicebox plugs directly into the GPIO pins of the Zero. It’s a neat solution to make the Zero portable. You can pledge $35 (plus shipping) to get hold of one and this will help the team towards their (ambitious!) $35k target. Check out the Kickstarter here.

UPDATE: Ryan’s been in touch – UK people can now get the Juicebox shipped to them for $5 rather than the $35 previously stated. Just pick the correct pledge-level to take advantage of this offer.