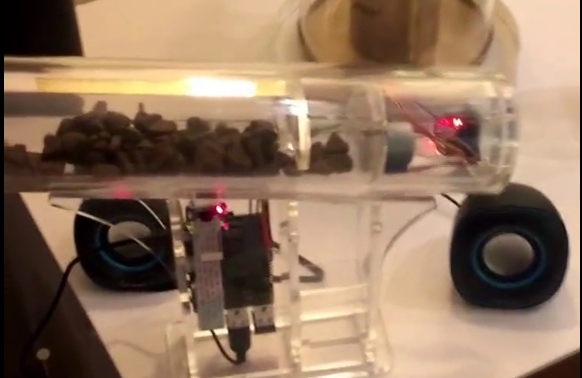 Pickles is one lucky dog. Not only does he have two owners who dote on him (and miss him when they’re not there!), one of those owners, Eric Page, decided to build a Raspberry Pi-controlled treat dispenser. The idea is that when they’re not there, Eric and his fiancee Shirin can connect to the Pi over the internet and tell the dispenser to do its stuff. The machine is called, rather adorably, the Pickles Loves His Mom Treat Machine.

The Pi controls a stepper motor which rotates a cylinder with a cut-out. The cut-out allows the treats to fall out onto the floor, which Pickles gratefully chomps up! It also plays a sound clip of Shirin’s voice (which has developed a lovely Pavlovian effect!) and then takes a picture if the Pi detects motion (which it inevitably does – Pickles gets hungry, after all) and emails it to the person who submitted the dispense request. Apparently, Eric went to a lot of effort to ensure that just the right amount of treats were dispensed to avoid Pickles developing a weight problem!

The software uses Adafruit’s IO MQTT interface to transmit messages to the dispenser. This can be triggered either over the web or via voice through an Alexa device. The back end on the Pi is written in Python and it also monitors a Gmail account occasionally for email requests.

Here’s the dispenser in action and you can find out how Eric did it by viewing the Instructable here.

And here’s a picture of Pickles (looking a bit damp on the beach, it seems!), just because I love dogs 🙂 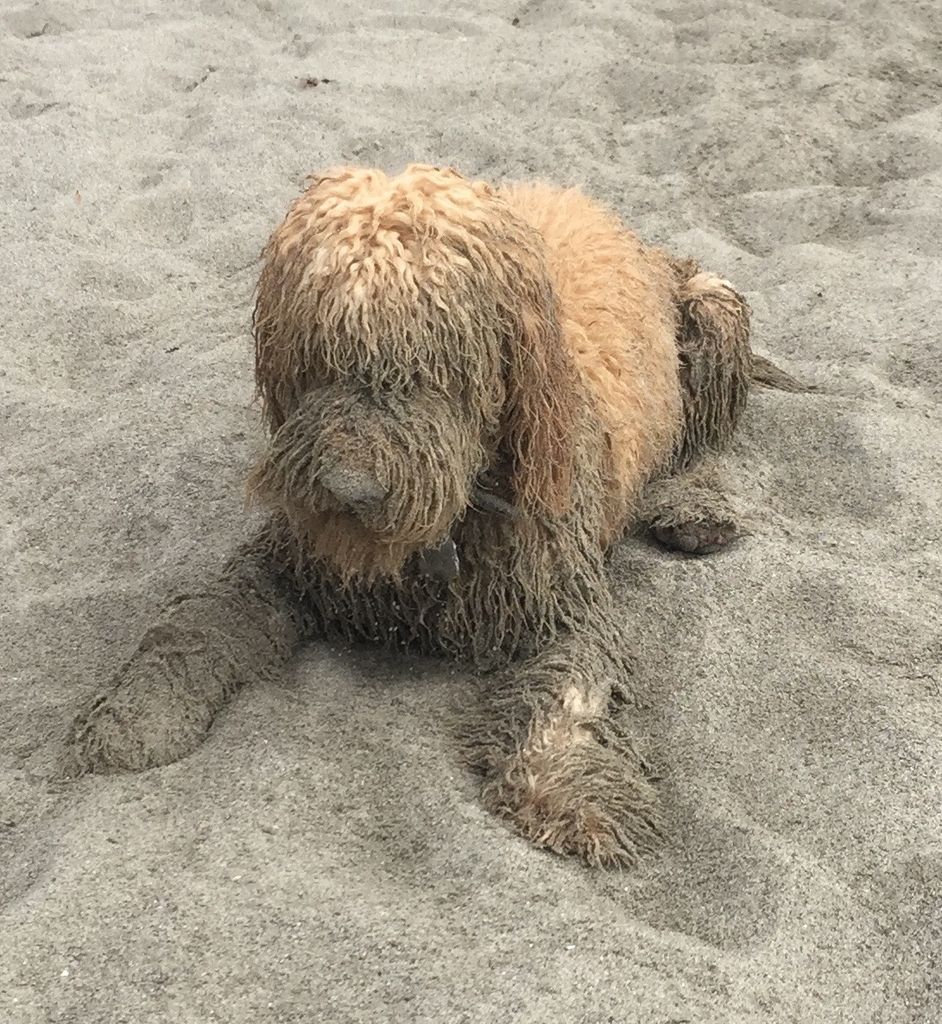