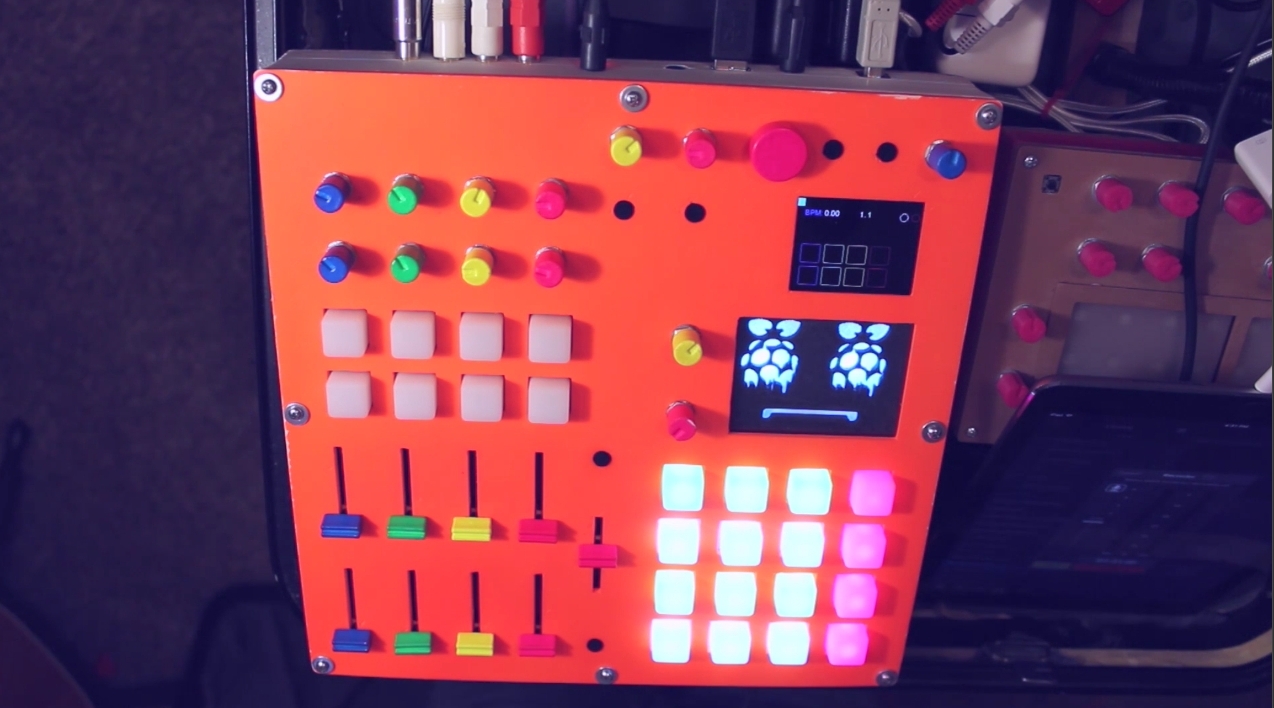 Music artist otem rellik (Toby Hendricks) has built an amazing musical instrument. It is a music samples looper that he created to replace his iPad for live performances. It features a Raspberry Pi 3 running Pure Data and a Teensy 3.6 for handling the controls, the screen and communications with the Pi, which it achieves over a serial link.

At the bottom right are the instrument buttons. Normally, these play sounds but by pressing a small button to the left, he can choose which instrument he is playing. The screen at the top right shows the instrument selection and other menus.

Top-right of the box are the loop buttons, for recording and playing back of the loop sequences and volume controls for them. Bottom left is where effects are handled such as delay, reverb, cut-off, feedback and beat repetition.

Above the instrument buttons, there is a large screen (which is actually a Nintendo DS touch screen) where post-loop effects are created – he can create these effects by drawing on the screen with his finger.

There is a large rotary encoder on the top right which allows him to save, load and delete loop sequences, the menu for which is also displayed on the small screen.

Along the back (the top in the photograph) are various external inputs and outputs, including a USB link to his girlfriend’s instrument so that data like beats-per-minute can be synchronised between the two.

The whole box has a strip of Neopixels round the bottom edge (you can’t see them in the photo) which change in reaction to the music being played.

You can see a walk-through video of the instrument, as well as a demo live-Jam session, by viewing the video below. You can also see more photos from the build on Instagram. I take my hat off to him – this is marvellous and is something I’d love to make myself, after my experiences with my own Music Box project.