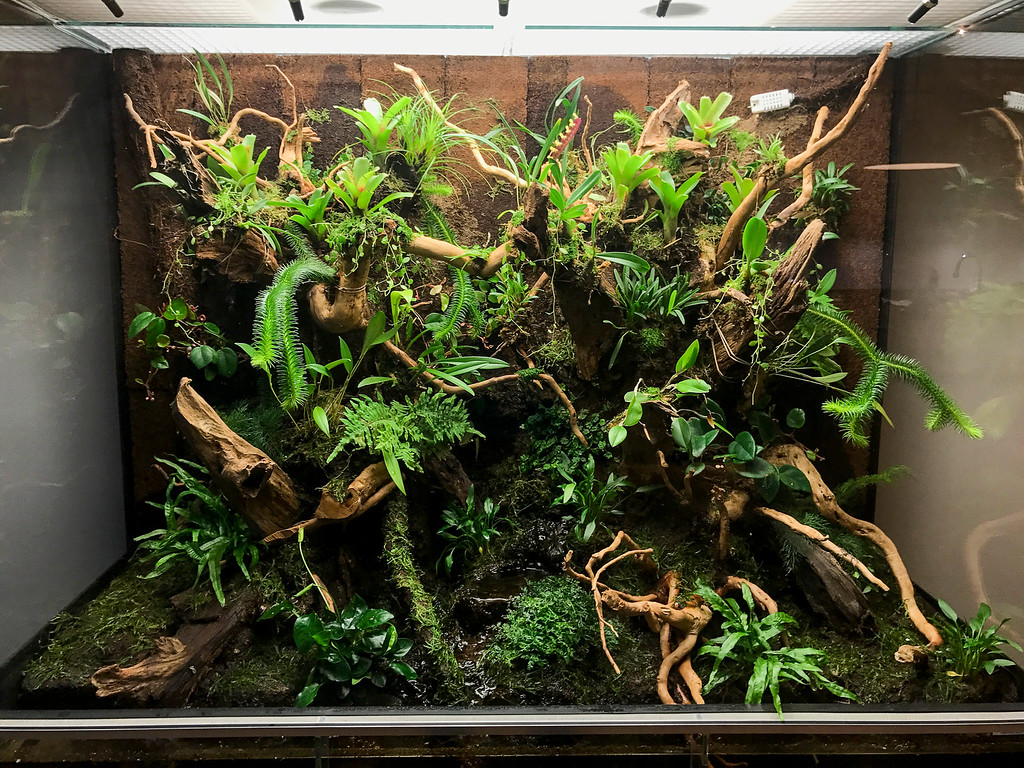 Amsterdam-based Dendroboard forum user Corbosman has finally gotten around to having a Terrarium built and he controls the whole thing with a Raspberry Pi. His environment measures 120x60x110cm (48x24x42″) and it focuses on the growing and cultivation of orchids; eventually, it will house Panamanian dart frogs.

To control the environment, Corbosman and his brother (an electrician) have set-up two systems: one controlled by the Pi and one controlled by a series of timers. The idea being that when he needs to do something with the Pi, like change the Node-RED programming, he just switches it over to the timers. 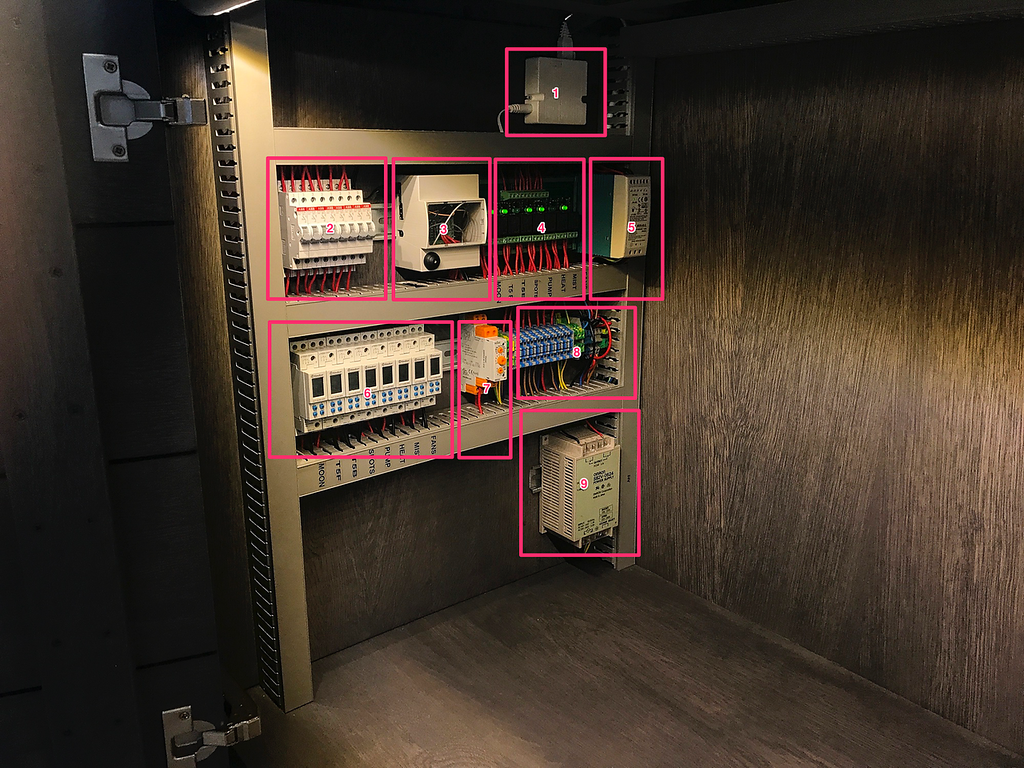 The terrarium control systems are held underneath the the terrarium and the Pi is inside a DIN-rail case (numbered 3 in the diagram above). The Pi’s Node-RED software generates a touch-screen interface which he uses on a tablet: 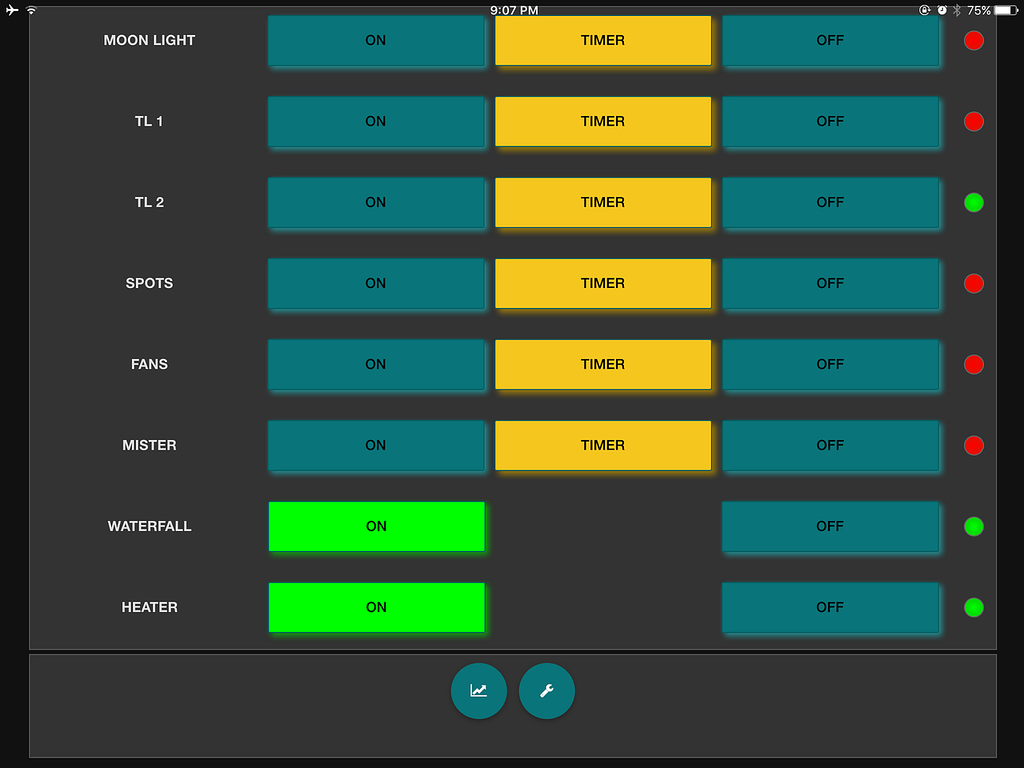 All in all, a highly impressive system. You can read more technical details about the system and see more photographs here.