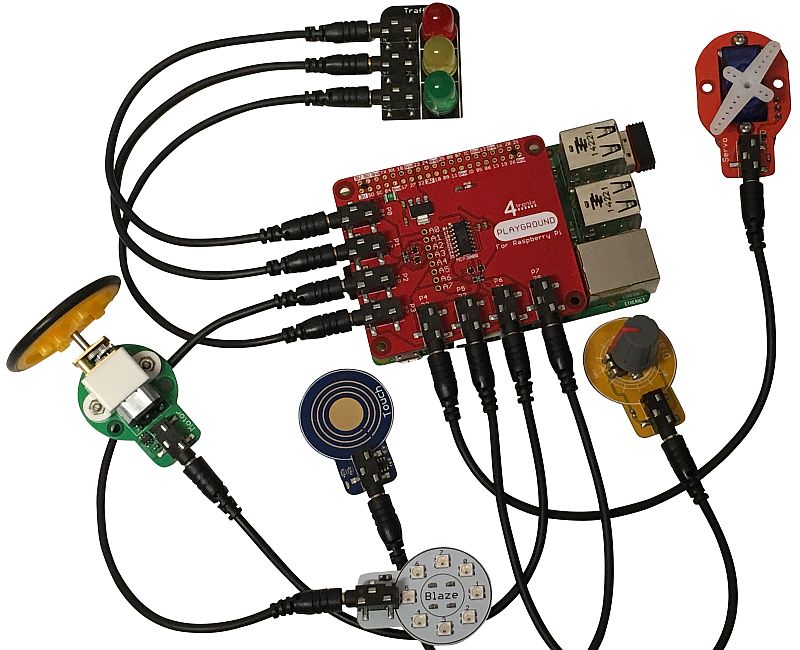 Gareth, over at 4tronix, has been busy of late, developing the Playground system. Playground is an add-on board for the Raspberry Pi, Crumble and micro:bit that allows you to quickly and easily connect up various inputs and outputs using cables with 3.5mm plugs on the end. These inputs and outputs, known as Gizmos, contain various components such as sensors, buzzers, buttons and LEDs that can be used in combination with one another to do coding experiments and projects.

Up til now, the Playground has only been available for Crumble and micro:bit. Now, however, it is available for the Raspberry Pi. As you can see form the picture above, it is possible to connect up to 8 Gizmos to the HAT-form factor board, presenting lots of opportunities for combining inputs and outputs.

Gareth was kind enough to send me an early-release kit of the Playground, with lots of Gizmos, and it’s fair to say I was impressed. 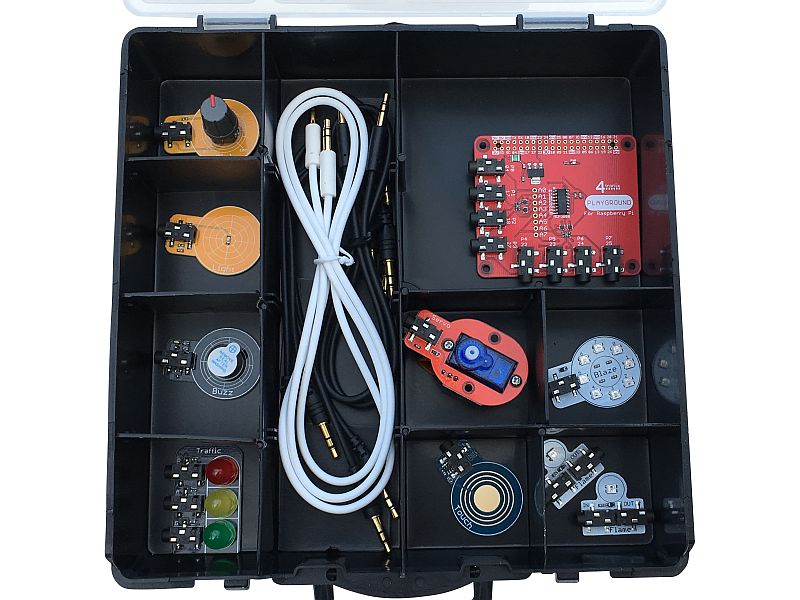 The main Playground board is well-designed and functional, and the Gizmos are incredibly cute. Plus it all comes in a nice little toolbox. It looks like just the thing to engage the imagination of young makers, especially, and provides an easy way to get started with digital and analog sensors as well as various outputs. I’m going to be having a ‘play’ in the coming weeks and will let you know how I get on. My hopes are high for this one, though.

Software for the Playground for Raspberry Pi comes in the form of a Python library which you can use in conjunction with GPIO Zero. Very simple and effective.

4tronix is offering a “Super Kit” which includes the main board and several Gizmos for £52.40+VAT & shipping. Alternatively, you can get hold of the main board on its own and take a look at the individual Gizmos. Full details of all the Gizmos and the Playground system in general can be found on the 4tronix blog.

1 comment for “4tronix launches Playground system for the Raspberry Pi”