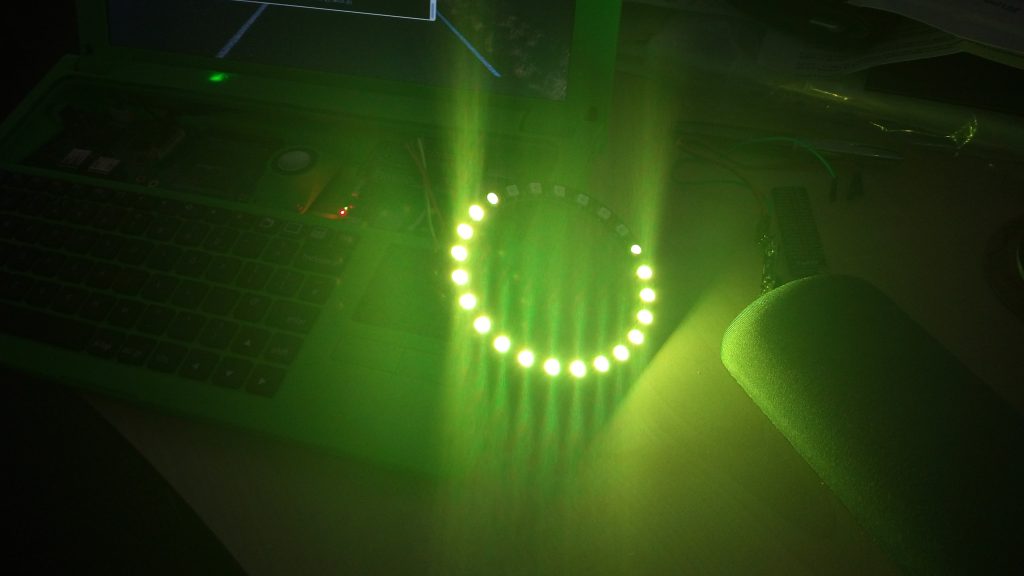 As you’ll know if you’ve read this blog recently, or seen the side-widget, Alex Eames recently launched a new Kickstarter. Called RasPiO Inspiring, it’s a collection of geometric shapes with powerful ultra-bright APA102 LEDs that you can use to create sculptures or to bring blinkiness to an area. Alex sent me a driver board and a circle over the weekend and I’ve just now had a chance to test it out. So, I thought I’d bring you a couple of demo videos and photographs to show you what it’s actually like.

First of all, what really surprised me about the circle was the size. Alex had told me the circuit board was 10cm in diameter, but I don’t think I’d twigged how big that actually was until seeing it in the flesh, so to speak. Here’s a photo of the board connected up to a Raspberry Pi, embedded in a pi-top (click to embiggen): 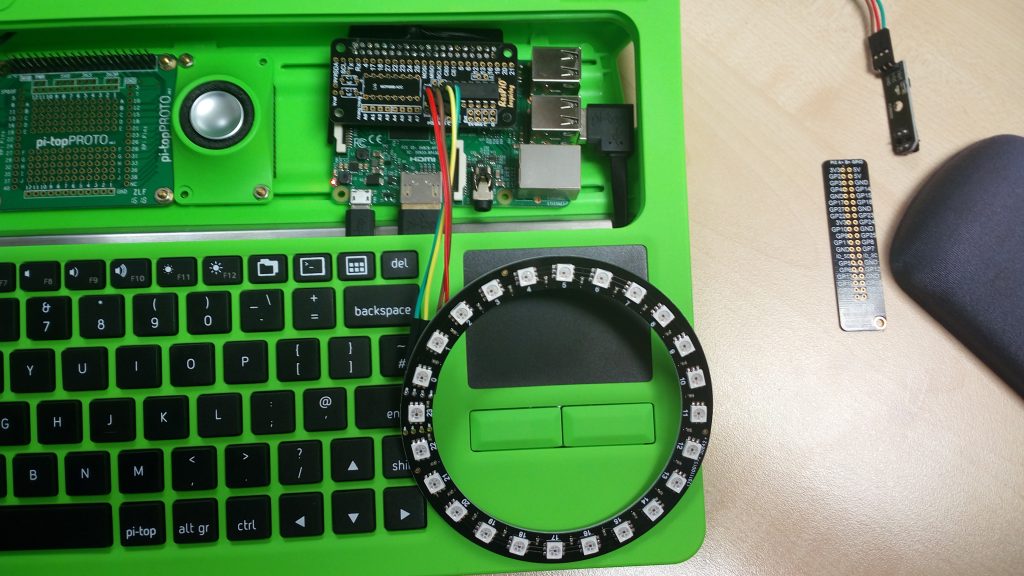 As you can see, it’s almost twice the width of the Raspberry Pi and slightly bigger than the pi-top keyboard.

I downloaded some example code Alex sent me and tried it out. I found it helped enormously to plug the wires in correctly. (Ahem!)

Here’s the first demo video. It’s actually running the code for a pyramid, but you get a nice effect anyway:

As you can see, the APA102 LEDs give out quite a punch, and that’s all off the Pi’s power supply. I turned them up to full brightness. I can still see the stars now!

Here’s the second video. This time, it’s running the ‘snake’ demo code. I later changed the LED count variable to the right number, but you can still see the effect:

The driver board is well-designed and reminds me of the Analog Zero (it shares much of the same design). 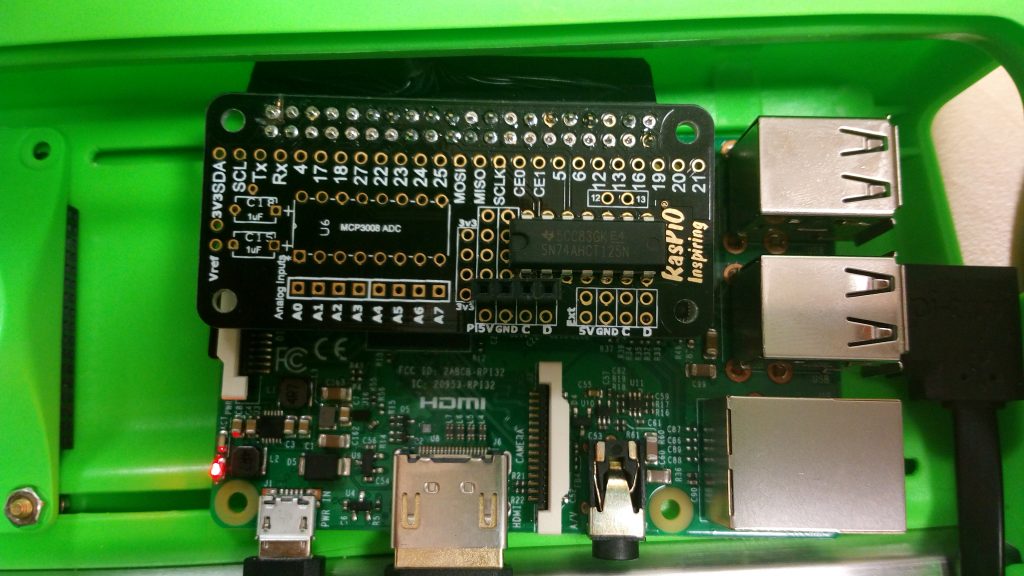 The driver chip is on the right-hand-side. Near the driver chip, there are several places to plug in your Inspiring shapes and there are additional break-outs for the 5V, GND and 3v3 lines. All very handy, especially if you use it in conjunction with an analog-to-digital converter chip, which is what the left-hand-side space is for. In that space, you can add your own MCP3008 chip which gives you 8 analog input lines (also broken out). The driver board also doesn’t skimp with giving you access to the rest of the GPIO – they’re all broken out to solder onto at the top. So, imagine that you can add several different shapes to your “sculpture” and then add potentiometers to the analog inputs. You can have all kinds of reactive mood lighting, and that’s just the simplest idea!

I think Alex is on to a winner here.

The driver board is expertly designed and presents an amazing amount of flexibility in terms of adding sensors, dials and other analog inputs that you can use in conjunction with your blinkies.

The shapes, which (at the moment, at least) include a straight-8 stick, circle and triangle are much bigger than you’d expect. The 10cm diameters are the killer feature here, and no-one else is doing a triangles, which are great for pointing and/or warning signs as well as the pyramid sculpture that Alex is offering on the Kickstarter.

The APA102s are ultra-bright and you can use a lot of them off the Pi and driver board without an external power supply.

The included library lets you do a lot of things quite simply, it just relies on your ideas and an amount of (oh, go on, go for the obvious pun) Inspiration to do clever things with it.

Let’s also bear in mind that the kit doesn’t just work with the Pi. Alex has already shown that the system works with Arduino-compatible boards and boards like the WeMos and Digispark. 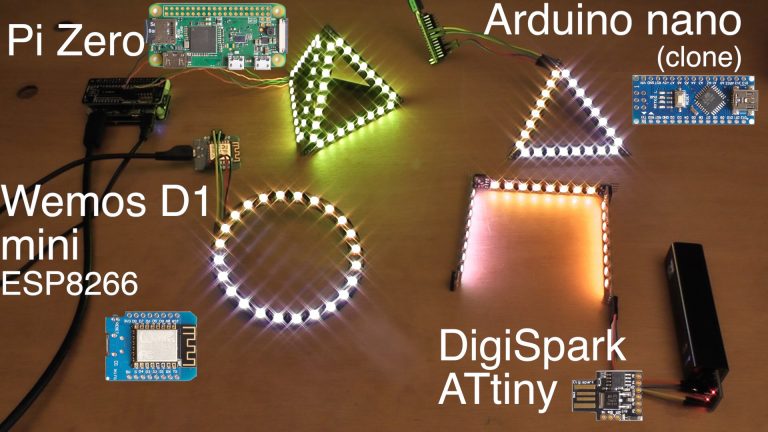 All in all, highly recommended to makers.

You can still back the Kickstarter until this Sunday by visiting the campaign page.