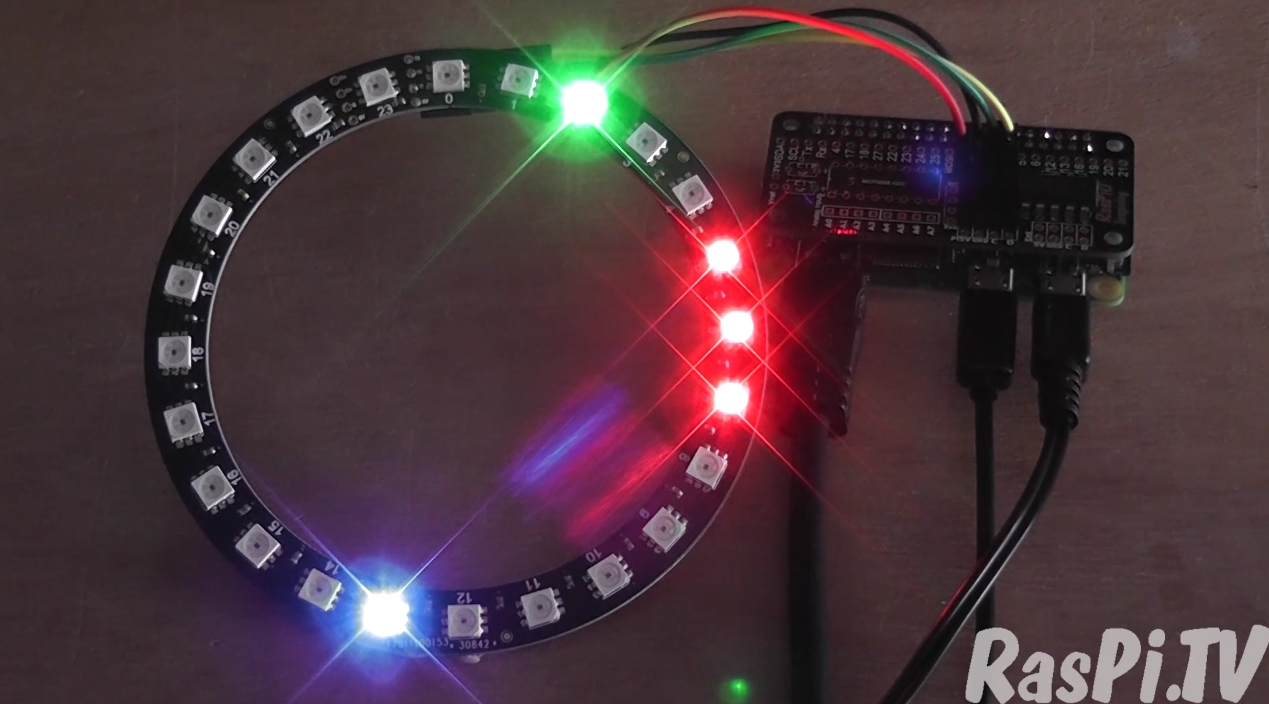 Alex Eames is currently running a Kickstarter to fund his latest project – RasPiO Inspiring. As part of the campaign (which is already funded!), he has shot a video of a project you can do with the driver board and an Inspiring LED circle. He’s placed the driver board on top of a Raspberry Pi Zero W, which gives him internet access, and then connected the driver board to the Inspiring circle. He’s then written some code that gets the current time from his Pi (which is correct, thanks to the wifi connectivity and a service called NTP) and then displays it using LEDs on the circle. Rather ingenious, and very blinky! He’s offering the kit that you can use to replicate the project for £30 (including the Zero W!) on the Kickstarter for delivery in September.

He’s blogged about the NTP clock project here and you can watch a quick walk-through video here:

I’m rather tempted by it – even though I’ve already backed the pyramid which you can see in action below.

Alex has also done a walk-through video of the code which you can see on his blog post.

So, if you haven’t already, take a look at the Kickstarter campaign – it’s good value, a lot of fun and bright… so incredibly bright (he says, blinking).

← How to set-up your Raspberry Pi headlessly with Raspbian Jessie
Raspberry Pi celebrates Birthday Weekend event with a special video – can you spot yourself? →