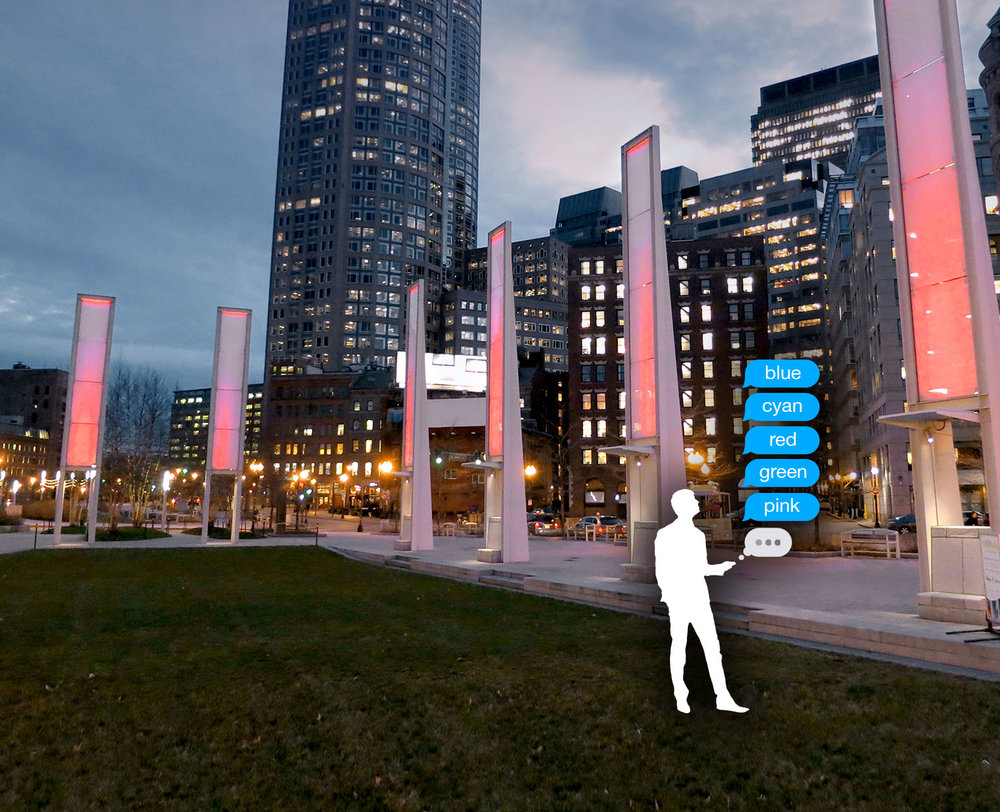 In Boston’s Rose Kennedy Greenway, twenty-four sentinels have appeared in a 2001-kind of way. They are called Light Blades and overlook the parks of the Wharf District. The lights inside the blades react to text messages sent to a specific number and it’s apparently quite a sight – a space the size of a city block changing colour to your request. This is a public art installation called Color Commons and it is the brainchild of New American Public Art (NAPA), a collection of six artists. 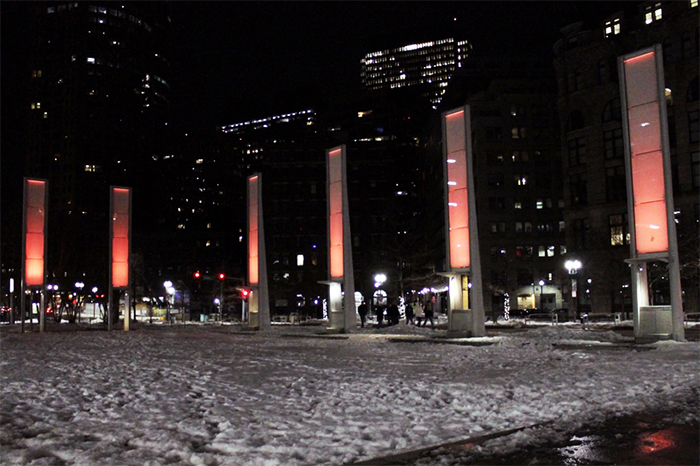 The system works by using an SMS server which communicates to a Raspberry Pi at the park. The Pi matches the name of the colour to a list of 950 known colours and then sends commands to the Light Blades. The reaction time of the system is roughly two seconds, which is impressive considering the round-trip the messages make.

Dan Sternof Beyer, one of the creative directors of NAPA said this of the project:

“The art side of it is really thinking about the sociology of the public and thinking about what draws people in, what makes them curious, and what brings out curiosity,”

← This Fallout 4 terminal has a Raspberry Pi inside
New version of pi-topOS released for the Raspberry Pi – try it out today! →