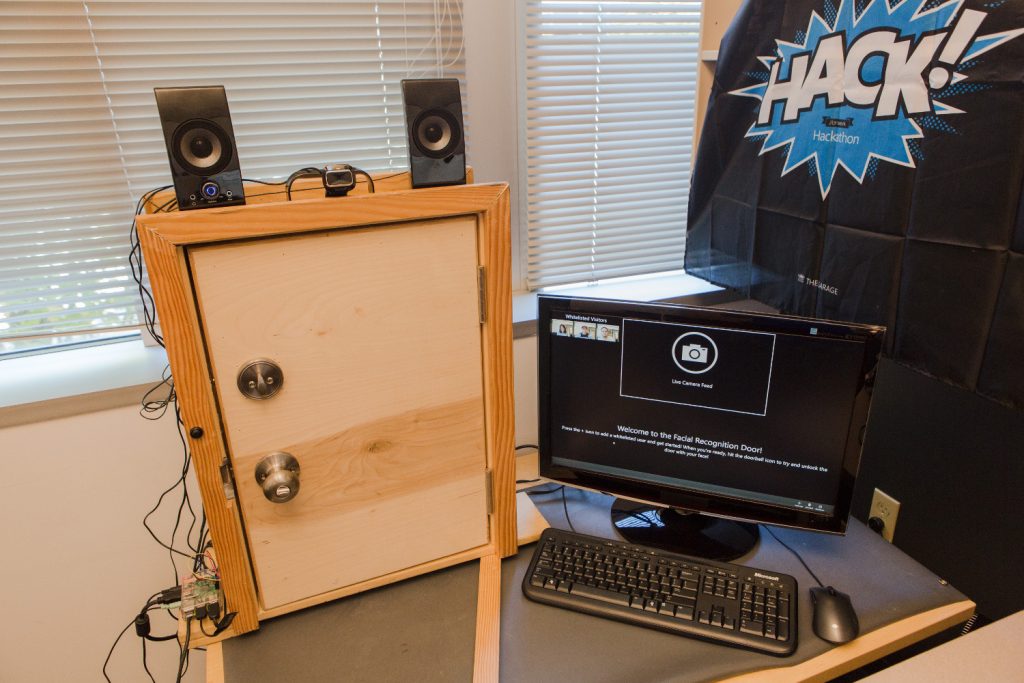 Masato Sudo, a software engineer in the Microsoft Windows IoT team has developed a system which recognises a person approaching a door and then unlocks (or doesn’t) accordingly.

A standard USB camera captures the image, the Pi takes the image in and, using the Microsoft Cognitive Services API, identifies the person.

“It’s a prototype that identifies the visitor.” If the door recognises the visitor, it will greet them by name, and the door will be unlocked and opened.

If they aren’t identified, the door remains firmly locked. The opening of the door is controlled by a GPIO pin that sends a signal to a relay. The code is C# and was written using Visual Studio.

You can read more here and see a full tutorial of how he did it, including the code, here.