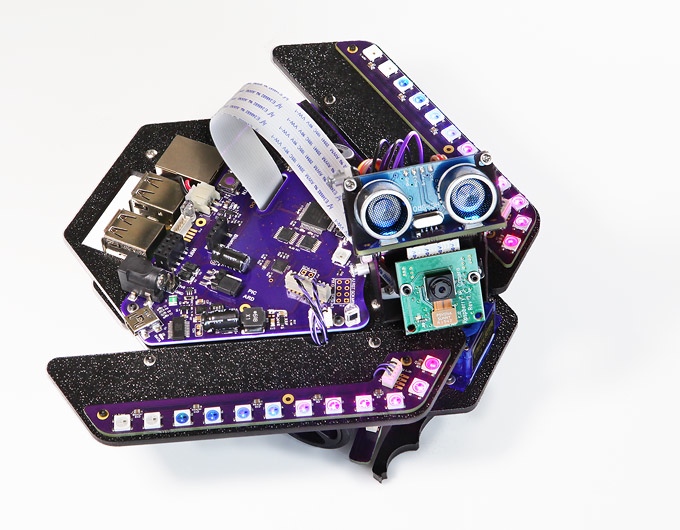 Plum Geek have previously launched, and successfully funded a series of Arduino-powered robots on Kickstarter. Now, they’ve moved into the Raspberry Pi arena with the Spirit Rover. Inspired by the NASA/JPL Mars Rover, the full kit features a custom circuit board hosting an Arduino and PIC, blinkies, a pan-and-tilt kit, a Raspberry Pi and accompanying camera module. It’s been designed to teach you about robotics, movement, visual tracking (using the camera) and object avoidance/autonomous operation. The kit comes with a series of worksheets to teach and guide you and it all looks very well thought-out.

Brace yourself, though, this lovely kit does come at a cost with Early Birds starting at $189 for the basic kit (with some of the components not included), and $289 for the “Fully Loaded” kit which includes the Pi and camera. As I say, not cheap, but you can see from the picture at the top of the page that it’s a very pretty robot and beautifully designed.

You can see the (slightly over-long) campaign video below or take a look at the campaign and pledge levels here.