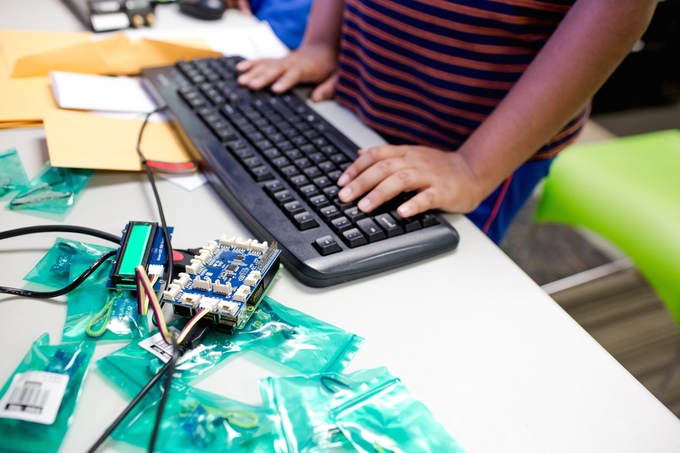 Dexter Industries, who previously launched BrickPi, Arduberry and GoPiGo (and a few others) on Kickstarter, have just launched their new campaign. Called Spy vs sPi, the new product is “an engineering adventure that puts real purpose to basic design and programming skills”. Unpacking that statement, and looking at the campaign, you find that there are three aspects to the offering: the hardware, the software and the documentation.

The hardware is based around the GrovePi which is an easy-to-use system of plug-in sensors. You attach the GrovePi board to your Pi, then plug in your sensors and away you go with your code.

The software and documentation is intertwined – Spy vs sPi is a series of programming tutorials and exercises which are based on an espionage theme and teach children, and adults for that matter, how to program. The worksheet material uses a ‘capture the flag’ gaming activity to make the projects fun and practical.

The system isn’t cheap, but it is good value. It is $275 plus shipping (Earlybird, $300 thereafter) for the full kit which includes the following:

There are other pledge levels which cater for those who already have the Raspberry Pi, the GrovePi and for previous GoBox backers (who will have some of the sensors already). There are also ‘fun’ backing levels where you can get the logo as a 3D-printed thingy or a t-shirt. Shipping to the UK/Europe is a bit steep, though, so be aware if you’re from this side of the pond.

I wish Dexter Industries well with their campaign which is seeking to raise $30k. I love the whole idea of gamifying learning to code and who doesn’t love a good spy game? Take a look at the campaign here or view the campaign video below.