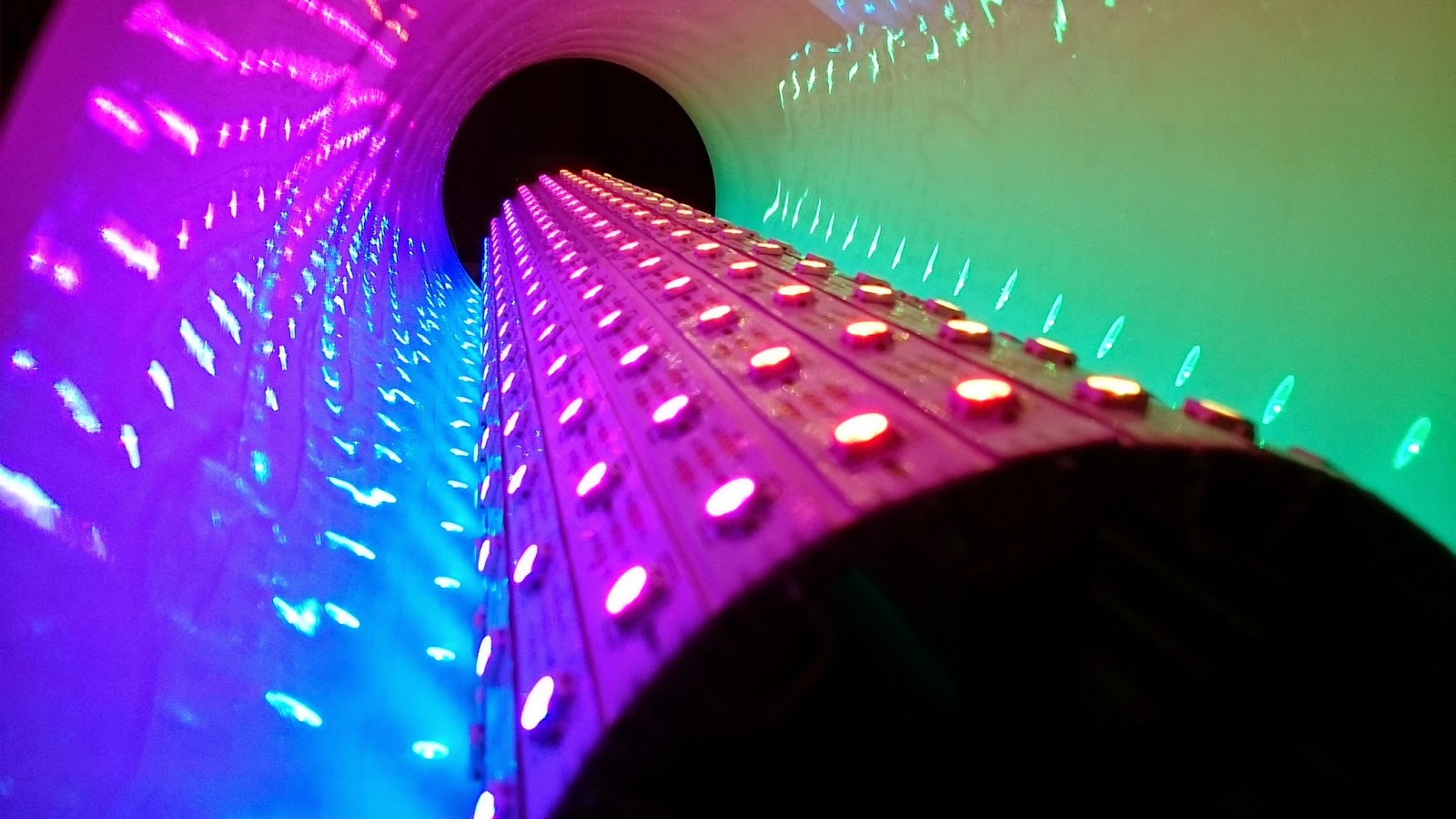 Florian has trouble waking up in the mornings. So much so that he decided to create himself a ‘sunrise clock’, but not just any sunrise clock! This one measures almost two metres tall and is a full multimedia experience. It uses 288 RGB bright LEDs, which are individually addressable, placed in a wide PVC plumbing pipe. Also inside the pipe are various speakers, an amplifier and, of course, a Raspberry Pi (this one’s a version 2). There’s a persistence of vision time display in addition to the sunrise effect and sounds are played through a USB dongle to get better sound than the Pi alone can generate. The software is written entirely in Python and the output is controlled via a series of ‘theme’ folders which contain the light pattern configuration and sounds to be played. He has, of course, also written a ‘party’ theme which flashes the lights in patterns and plays dance music. This two year project is covered extensively on his blog and you can see a demo of many of the themes below.

← Use a micro:bit and your Raspberry Pi to cause earthquakes in Minecraft
Peterborough STEM Festival – 1st October – completely free →