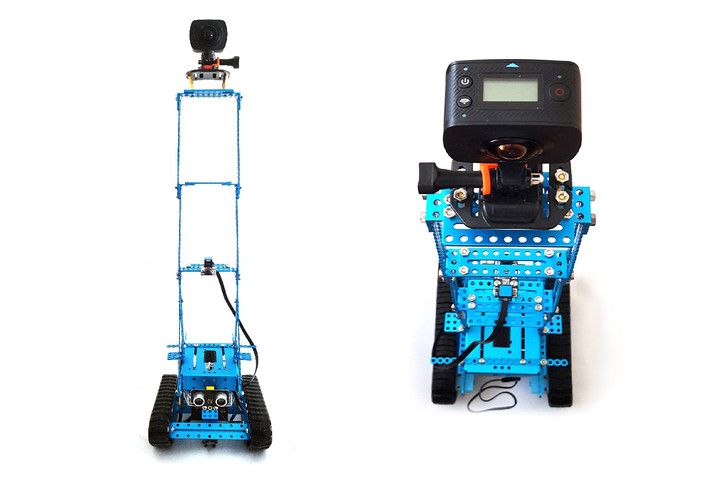 Mehzeb Chowdhury, a PhD researcher in forensic science and criminal investigations at the UK’s Durham University has been looking into the ways juries view crime scenes. Ordinarily, they rely on a mixture of sketches and photographs. Recent ideas at making the scene ‘more real’ have included mapping the scene with 3D scanners and applying textures. This is less than ideal due to the inherent guesswork and bias from such techniques. Jury visits to crime scenes are, likewise, problematic:

“The most-problematic aspect of crime scene visits is that, with time, every characteristic of the scene changes in some way or the other. This is called scene degradation. Years could pass between a crime being committed, and a jury scene visit, with very little remaining the same. A contemporaneous snapshot of the entire crime scene would preserve the necessary details for investigation and trial.”

So, he has developed a new system with a Raspberry Pi, an Arduino and a 3D camera which will generate a 3D model of a crime scene which will then be viewable using 3D headsets or even something like Google Cardboard.