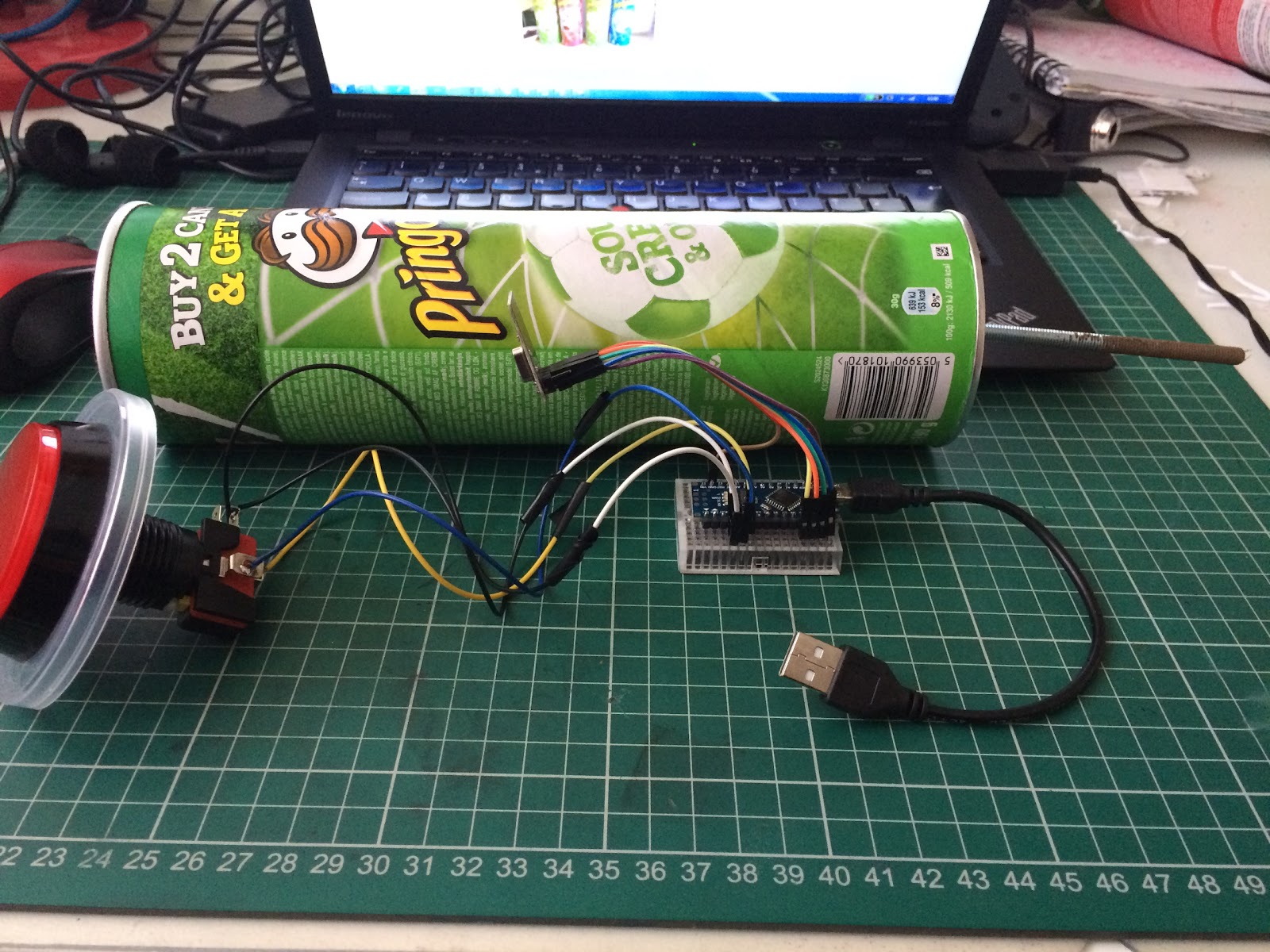 Albert Hickey wanted to create a game for kids which would get them running around. So, he conceived a button-pressing game where buttons, mounted on tubes, would light up and need to be pressed to score points. This was similar to other reactions games (such as the giant Raspberry game featured at the Big Birthday Weekend):

So, Albert got some NRF24L01 wireless transceivers and hooked them up to mini Arduinos. Battery powered, they were then placed inside Pringle tubes and staked to the ground using screws. The Raspberry Pi was then used to receive and send signals, run the game and keep score. You can see it in action below, a run of the game after the initial prototyping stage:

And here is the game fully mounted on the Pringles cans:

Spaced apart, and at the level of the Pringles cans, this will create an excellent challenge for active children! You can read more about the build and see the code over on Albert’s blog.