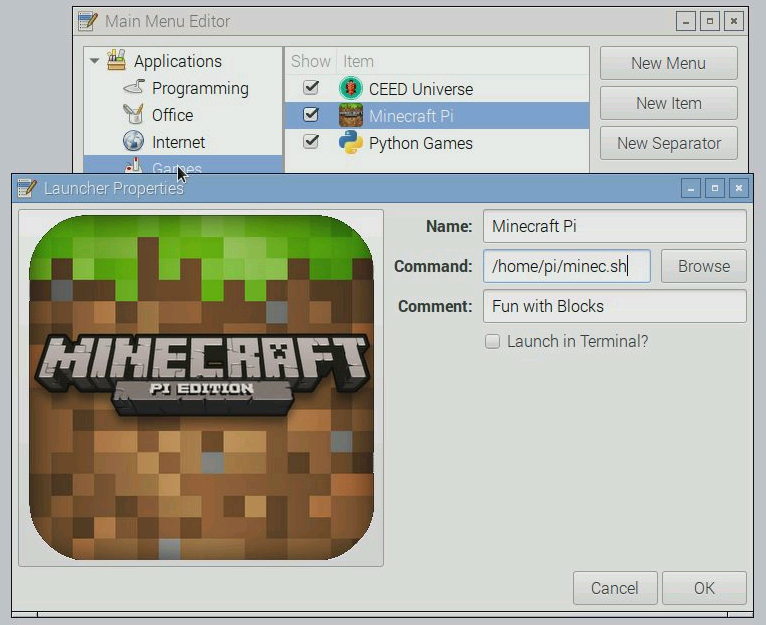 Albert had a problem. He quite often corrupted or messed up his Pi’s SD card. Unfortunately, also on the SD card was lots of Minecraft work carried out by his kids. This meant that lots of work was being lost. Cue much tears before bedtime. To combat this problem, Albert has written some script that automatically FTPs the Minecraft worlds off-Pi. By changing the Minecraft shortcut to run his script, it means that whenever his kids now exit from Minecraft, their worlds are automatically backed up. See how he did it here.