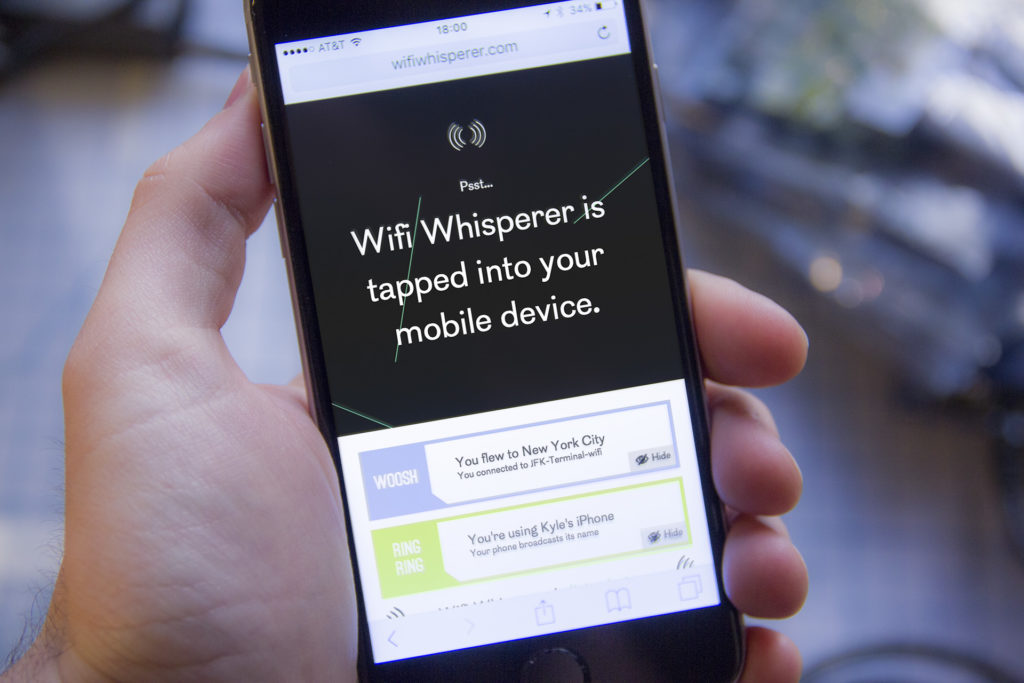 Recently at Moogfest, which is a music and technology festival set in North Carolina, artists Kyle McDonald and Surya Mattu exhibited an installation piece known as the WiFI Whisperer. The Whisperer was connected to the festival’s wifi network and sniffed out data contained on the mobile phones and devices that were also connected to the network. As people walked by, their devices would be monitored and accessed and the resultant data displayed on monitors. The Whisperer also ‘whispered’ the information out of attached speakers. The whole set-up used eight Raspberry Pis. You can read more from McDonald in this Wired article, along with suggested ways of preventing this kind of thing from happening.