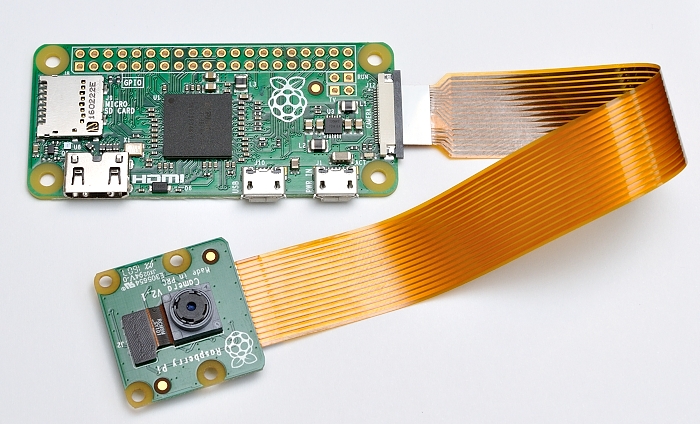 The Raspberry Pi Zero has been notoriously difficult to get hold of. Today, new stocks have arrived and they contain a new feature that will be sure to get people excited.

That new feature is a camera port: It enables the use of all models of the Raspberry Pi camera module. The connector is smaller than the regular connector on the full-sized Raspberry Pi and you will need a special cable to connect the camera. The new connector is on the right-hand-side of the Zero (when you hold it with the GPIO pins at the top) and the board is now version 1.3. A few power circuitry components have been moved to make way for the port but basically the Zero is the same apart from the camera port.

You can buy the new Zero (while stocks last!) from The Pi Hut and Pimoroni. The restriction of 1 Zero per customer remains in force for now.

Alex Eames from RasPi.TV has also covered the launch and has published his blog and a video (which you can see below) here.

Update: The Raspberry Pi Foundation have, likewise, blogged about the launch and you can read their bloggage here.

Average Man has also blogged about the launch and you can read his blog here.