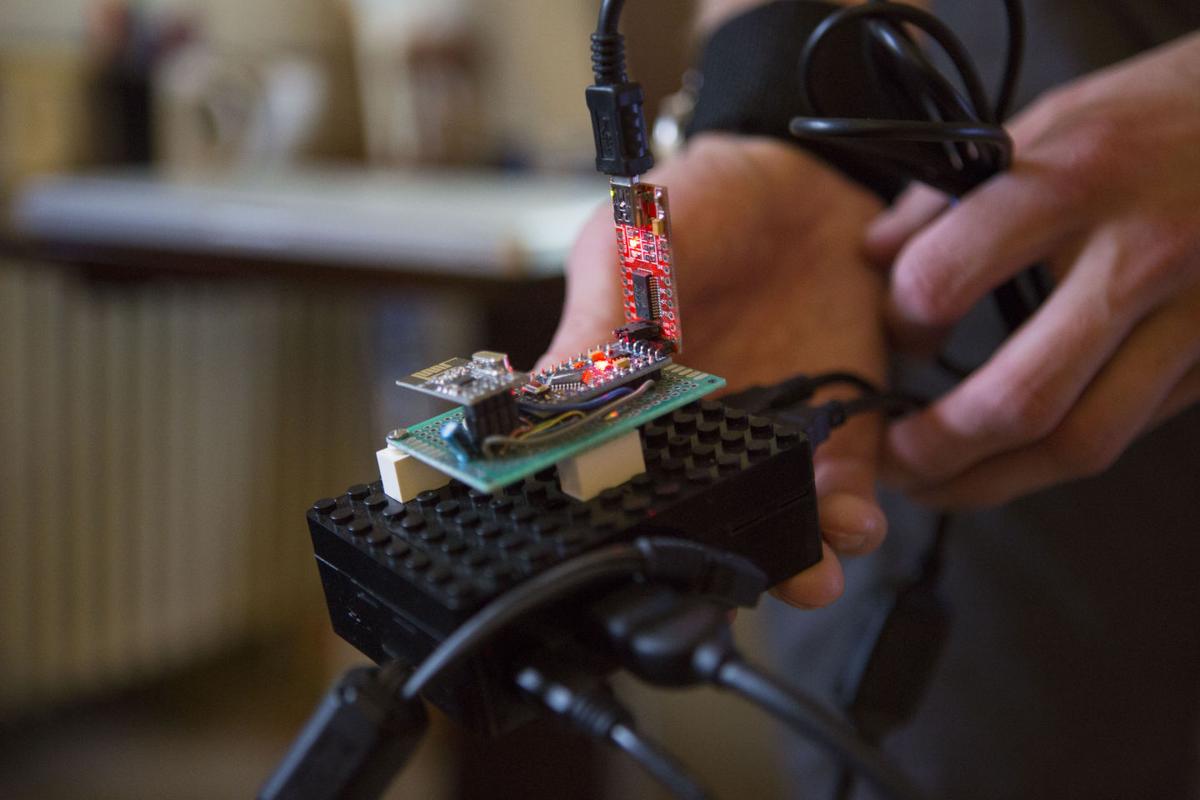 Calvin Cherry, an electrical engineer graduate of University of Wisconsin – Madison, has created a new musical instrument called Music from Motion which adds layers of instrumental samples as he moves different parts of his body. Stop sniggering at the back! He has sensor packs attached to his ankles and hands which translate the orientation and speed of his limbs into readings which are sent wirelessly to an Arduino. The Arduino then sends the sensor readings to a Raspberry Pi which controls the audio output.

More pace with his left foot adds more drums; more right foot movement adds cymbals; the right hand controls more ‘flanging‘ and his left hand adds a wah-wah effect. Additional triggers such as leg flicks and hand claps trigger additional effects and samples. He used a programming tool called Pure Data to create a visualisation tool that allows him to monitor what is happening on the track.

It took several months to put together and Cherry hopes to show it off today at the Madison Mini Maker Faire.

You can read slightly more about the project, and a mini-interview with Cherry, over at The Cap Times.

My favourite quote is one to which is sure to speak to the hearts of makers everywhere:

“If you just have something you can play around with and tweak as you go along, and then make it as cool and crazy and as unmarketable as you can, it’s fun, you know?”