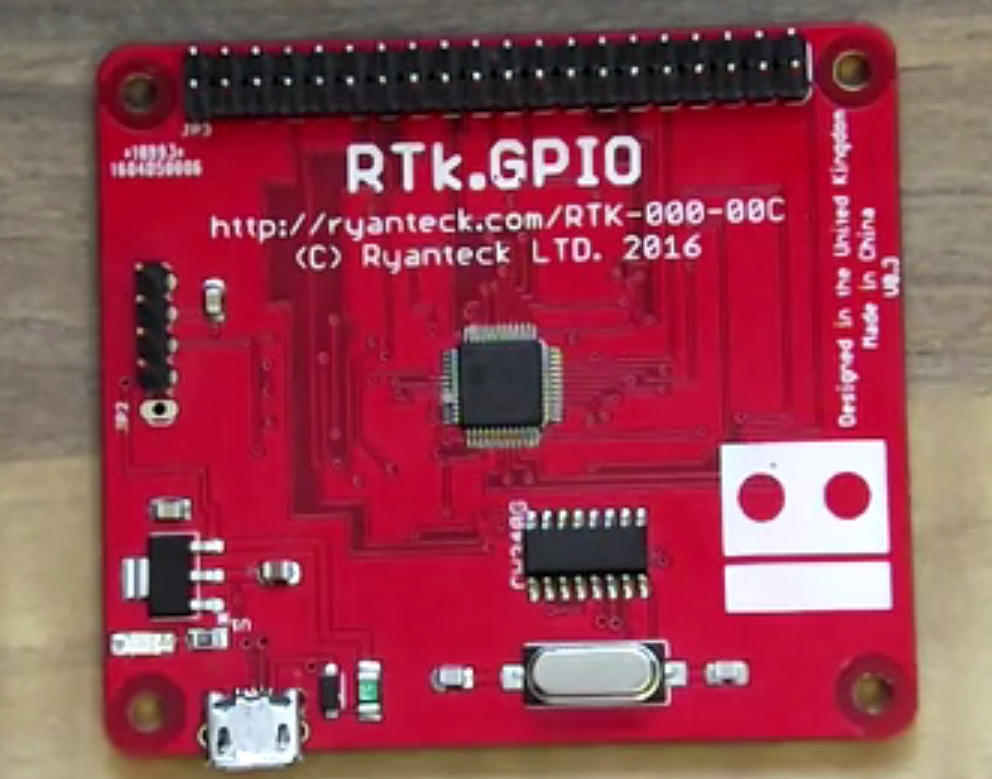 Ryan Walmsley of Ryanteck has just launched a new Kickstarter. This time, it’s for a very innovative product called the RTK.GPIO (the jury is still out on the name 😉 ). It connects to any computer (including the Pi) via USB cable and has a full 40-pin GPIO header. It allows you to use selected Raspberry Pi add-on boards and basic electronic components by programming it via Python from the host computer. It’s ideal if you want to do things ‘The Pi Way’ and don’t happen to have a Raspberry Pi itself, and also gives you the ability, for example, to use two HATs at the same time – one on the Pi’s 40-pin header, one on the RTK.GPIO. It’s also a natural ‘port expander’ – you can light up an awful lot of LEDs! There’s details of the board, including technical details, over on Kickstarter.

There are Earlybirds at £9 (plus very reasonable postage) and then standard at £10 (plus postage).

Take a look at the campaign here.