When you’re running your Raspberry Pi headless, one of the first things you should concern yourself with is how to shut it down safely. Shutting it down by simply pulling the power out can result in a corrupt SD card or damaged files. If you had it connected to a network, you could of course just SSH into it and issue the ‘halt’ command. However, what if you couldn’t connect to it? Or what if you just wanted a way to simply and easily shut it down without touching a keyboard at all?

Here’s where Adafruit steps in and gives us a simple script that will monitor a GPIO pin and shut down if it detects a change in state. What use is that? Well, it means you just simply need to connect two pins on the GPIO together with a paper clip (or anything conductive) to issue the halt command. I’ve taken the Adafruit tutorial and some other guides online and put together the following instructions.

First of all, you will need a Pi with Git installed on it.

If this doesn’t work, try:

An aside: The script is written in C, so is able to be modified if you want to, say, light up an LED when the halt command is issued. You could re-write it as a Python program, of course, which might make it easier for some to adapt.

Change into the new directory, compile and install:

This installs the script to /usr/local/bin/gpio-halt. You then need to run it as a service.

In the following sections, if you’re using an older Pi with a 26-pin GPIO header, use GPIO pin 7 instead of 21.

Run it automatically on Jessie/Buster

If you’re running Raspbian Jessie, you will need to do it via systemd:

This will create a file and open it. The following is the contents of that file:

Then, make the script executable by the right users:

Then, tell systemd to use the script:

And reboot your Pi

When the Pi comes back up, you can check the status of the service by doing:

Run it automatically on Wheezy

If you’re running the older Raspbian Wheezy, you will need to do it via rc.local: 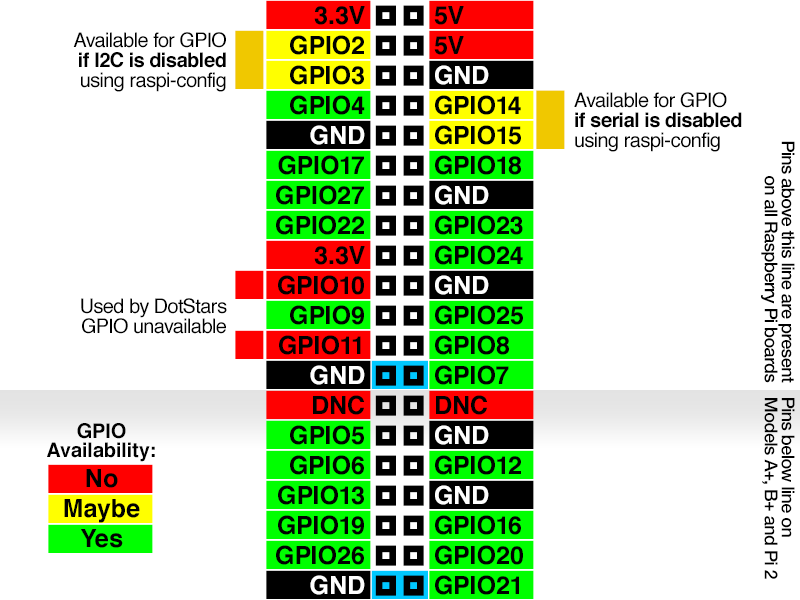 Thanks to Alex Eames for spotting the Adafruit shutdown script. Thanks to Adafruit, obviously. Thanks to Matt Hawkins for the systemd instructions.

18 comments for “Shutdown your Raspberry Pi using a paper clip”