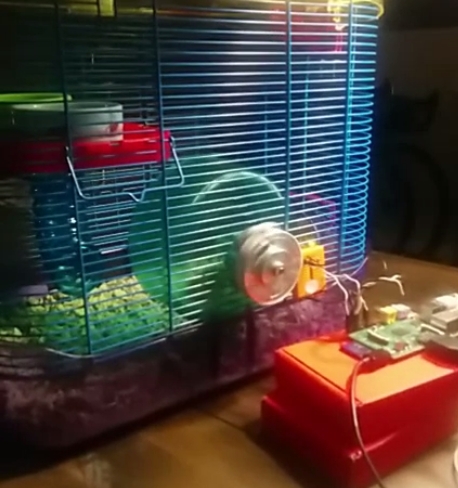 Last year, Los Angeles-based software engineer Michelle Leonhart brought two Roborovski hamster puppies into her home. Since then, she read on the internet that the average Roborovski hamster runs four marathons every night. She decided to put that to the test. Enter the Raspberry Pi. She connected the hamster wheel to a VCR head to reduce friction and then attached a magnet. Then, she placed a hall effect sensor near the wheel and had the Pi record how many times the wheel turned. Some more mathematics later and she finally deduced how far her hamsters were running every night. I won’t spoil the ending by giving away the results – head over to the opensource.com blog to read the full story.

Here is some hamster video action, just because they’re cute.