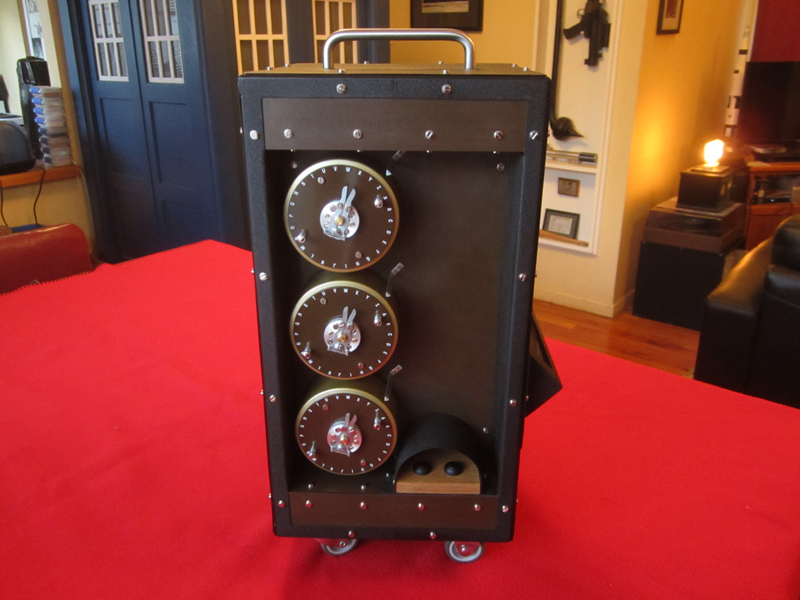 The Turing-Welchman Bombe was a decryption machine used in World War II to decipher Enigma-encoded German messages. There is a real one running at Bletchley Park:

New Zealander Simon Jensen visited Bletchley and decided that he wanted to build a replica of the machine, but in desktop form and using a Raspberry Pi.

He initially wrote the software on a home-made 6502 computer in BASIC and then ported the general algorithm to C++ on the Pi. He uses an Arduino to control three stepper motors which animate the dials on the front.

You can see a video of the working machine below and read a lot more about it on his blog, including a full account of the build.

Simon also built a wrist-mounted Enigma decoding machine using a tiny Arduino and OLED screen which is just lovely. You can read about that here.