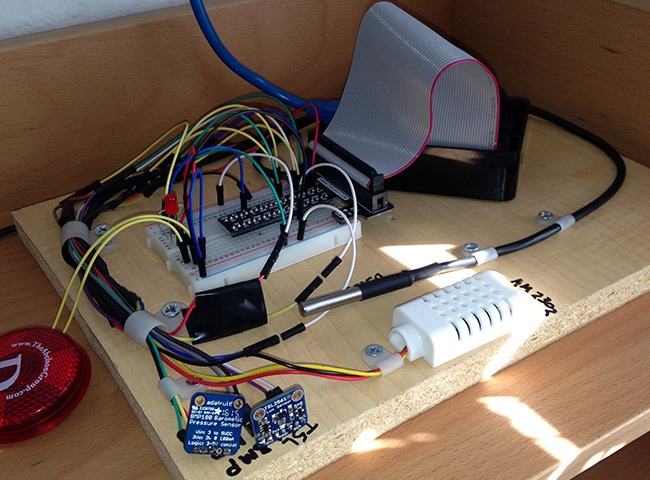 Jeremy Morgan has recently been tinkering with a bunch of sensors attached to a Raspberry Pi, out of which he has made a ‘weather station‘. The station measures temperature (several different ways!), humidity, barometric (atmospheric) pressure and light levels/luminosity (lux). He has now written up the whole thing as a tutorial on his blog. Read it here. It’s a really good way of getting into sensors and showing them on a web interface, so great job Jeremy! For those of us in the UK, all the parts specified in his tutorial can be purchased from either The Pi Hut or Makersify, as well as other sources such as Element 14.