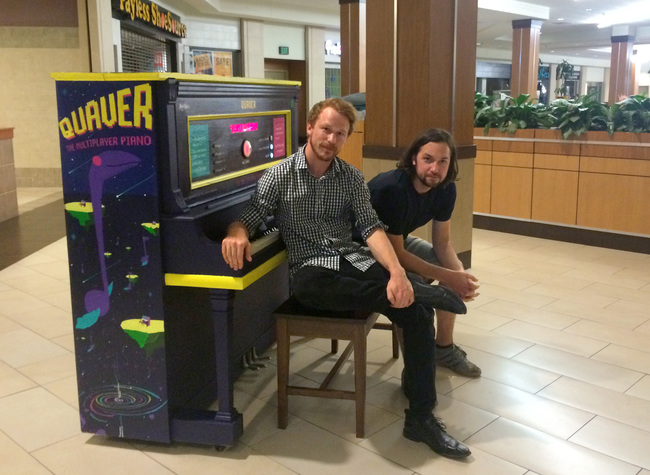 Taking inspiration from their home town’s surfeit of public “street pianos”, Mike & Sean wanted to create something special. They came up with a piano that would record what was played on it and then allow the player, or even another player, to overlay that recording with further tracks. They used a Raspberry Pi to bring it all together and called it “Quaver”. Quaver allows up to four players to record their parts of the eventual piece of music, utilising a big button to begin recording. You then press a different button to upload it to the music repository. You can see it in action below and read a lot more about it on their blog.